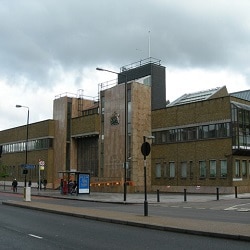 A barrister convicted of assault after beating a woman and of failing to surrender to custody has been reprimanded and suspended from practice for four months.

Stephen Joseph Sweeney, called in November 2001, was convicted in March 2018 at Thames Magistrates’ Court under section 39 of the Criminal Justice Act 1988 of assaulting a woman by beating her a year earlier.

He was sentenced to a community order comprising a rehabilitation activity requirement of up to 25 days, and to pay £250 in compensation and £500 in costs.

The barrister was also made subject to an order restraining him from contacting the victim directly or indirectly except for the purpose of arranging contact with the children via email and not to attend the matrimonial home save to collect or drop off the children with agreed prior notice.

In addition, Mr Sweeney was convicted under the Bail Act 1976 of failing to surrender to custody without reasonable cause on the day of his trial, having been released on bail nine days earlier.

He was fined £50 and ordered to be detained in the courthouse for a day, with his detention deemed served by reason of time already spent in custody.

A Bar disciplinary tribunal found that Mr Sweeney had behaved in a way which was likely to diminish the trust and confidence which the public places in him or in the profession, and acted without integrity or behaved in a manner which could reasonably be seen by the public to undermine his integrity.

He was handed two four-month suspensions, to be served concurrently.

Sara Jagger, the Bar Standards Board’s director of legal and enforcement, said: “The tribunal’s decision demonstrates the serious consequences for barristers that can arise from being convicted of criminal offences, even where the conduct relates to issues in their personal life.”