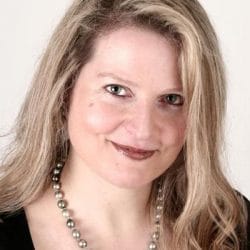 Inappropriate behaviour by male barristers in robing rooms and at Bar messes “still abounds”, the Association of Women Barristers (AWB) has said.

The report, based on a roundtable event, went on: “Participants also noted that women barristers often found themselves excluded from conversations about cases while in robing rooms and Bar messes – particularly in multi-counsel cases where they often found themselves being ‘talked over’ or ignored by male co-counsel.

“There appeared to be a tacit acceptance amongst certain sections of the profession of this kind of behaviour.”

The AWB said ‘old-fashioned views’ still prevailed at the Bar about the behaviour of women barristers.

“They were expected to be charming, funny and feminine. If a woman presented a ‘full-on personality’ she was often branded negatively (eg aggressive, strident etc).” 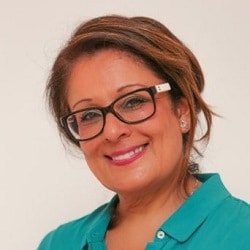 “We considered that many barristers would be afraid to speak out against discrimination, harassment or bullying due to fear that to do so would negatively impact upon their careers – or that they could be ‘victimised’ by those more senior or their peers as a result.”

The AWB said this was not helped by the “so-called gentlemanly culture at the Bar” where it was inappropriate to report or challenge bad behaviour by another barrister – a culture which “extended to the judiciary”.

The report continued: “While we acknowledge that the court estate has endured massive funding cuts in the last decade, this does not excuse the often non-existent or poor facilities for women and non-binary people at court centres.

“For example, we are concerned about the fact that there are sometimes no private facilities available at certain court centres where a woman who is breast-feeding can extract and dispose of breast milk. One participant found herself having to use a conference room for this purpose – but the door didn’t lock.

“Many courts also lack appropriate facilities for non-binary people (eg unisex toilet facilities). The failure to provide for these most basic of needs can lead to feelings of exclusion and feelings of ‘not belonging’ at the Bar.”

Participants in the roundtable thought harassment and bullying was “of particular concern during pupillage due to the existence of obvious power imbalances”.

Female pupils could find life even harder if they were pregnant or gave birth during pupillage.

Women barristers were also more likely to have to deal with bad behaviour from instructing solicitors than men.

“For example, a female barrister who quite properly chooses to decline an invitation to go for a drink with an instructing solicitor may receive no further briefs from that solicitor.

“Women can often be ‘overlooked’ when it comes to being offered leading briefs. Recently, judges sitting in the Employment Appeal Tribunal commented that the vast majority of those appearing before them as leading counsel were men. This appears to be mirrored in other specialist areas of the Bar.”

Lack of transparency over barristers’ incomes and pay gaps between male and female counsel could have “far-reaching consequences” on the ability to apply for silk. Some chambers still failed to offer flexible working.

The AWB praised the Bar Council for introducing Talk to Spot, an online tool which enables barristers to talk through and record contemporaneously inappropriate moments at work.

The report recommended that all circuits set up harassment/bullying panels to share best practice and run events, such as an ‘anti-bullying month’.

The AWB called for training to be introduced for judges and barristers on bullying and harassment, unconscious bias and diversity and better support for victims, including the introduction of a counselling ‘hotline’.