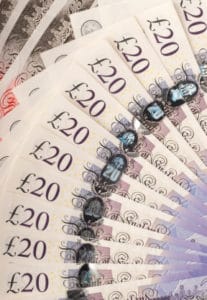 A solicitor who was originally cleared by the Solicitors Disciplinary Tribunal (SDT) has now been fined £5,000 after the decision was overturned by the High Court.

The case of Jason Roy Monteith Libby is the latest involving the Axiom Legal Financing Fund, where solicitors borrowed hundreds of thousands of pounds, ostensibly to fund disbursements in personal injury cases, but instead used the money for general practice funding.

As in the other cases, Mr Libby was told orally that he could do this, even though such use did not comply with the funding agreement.

The original tribunal accepted Mr Libby’s evidence that he believed the agreement allowed him to spend the money elsewhere in his practice, based among other things on “the ambiguities and drafting of the agreement itself”, discussions with a representative of the investment manager and the application for funding.

On appeal, the Solicitors Regulation Authority (SRA) did not challenge the findings that Mr Libby had not acted without integrity and had not acted knowingly or recklessly.

However, it successfully argued that the tribunal did not address the question of whether he had failed to show the care and attention expected of a reasonably competent solicitor in dealing with the use of the money and thereby behaved in a way which undermined the trust the public places in a solicitor and in the provision of legal services – in breach of principle 6 of the SRA principles.

This was remitted to a freshly constituted tribunal, which found that Mr Libby should have taken “a step back before taking on a loan of such magnitude”.

It said: “The respondent had not been reckless or acted intentionally but the tribunal had been told that the level of carelessness was very serious.

“The respondent’s eyes were fixed on expanding his business for laudable reasons, but he allowed himself to be blinkered in doing so. However, it was not that he identified a risk and then took it.

“The respondent had been asked to turn the agreement round within 24 hours, and his error was in failing to identify his limitations of understanding, and in succumbing to the pressure of the deadline, which a conscientious and competent solicitor would not have done.”

The SDT said the “essence” of the case was that Mr Libby “carelessly” relied on oral representations rather than the terms of the 39-page agreement.

“He took side information from individuals who had an interest in getting him to borrow as much money as they could; they were in obvious conflict, and he succumbed to their blandishments without taking proper legal advice on the agreement when he was not a contracts lawyer.”

It noted Mr Libby’s mitigation that he had done his best to make the repayment agreed with the receiver of the Axiom fund – he has almost finished paying back £210,000 – and that by doing so, he had “shown a degree of insight”.

Deciding that a £5,000 fine was a reasonable and proportionate sanction, the SDT concluded: “This had been a single episode of relatively brief duration in an otherwise unblemished career.”

The High Court had also overturned the £46,000 costs order made in favour of the SRA at the original tribunal. Second time around, the SRA made no application for costs.