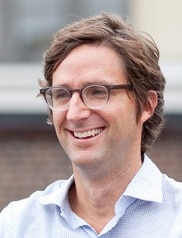 Harris: failure is the sibling of innovation

The speed and scale of change in the legal market – despite innovations such as alternative business structures – do not match its size, the founder of pioneering business Axiom has claimed.

Mark Harris suggested that this was in part down to lawyers’ reluctance to fail.

“We have a pretty unhealthy relationship with failure,” he said in his keynote speech to last week’s FT Innovative Lawyers Awards in London, where he was given a special achievement award.

“Our risk aversion is understandable given our jobs – we’re all focused on getting everything we do right. That’s perfectly good for the practice of law but that’s totally inappropriate for the business of law. Failure is the sibling of innovation and we must innovate.

“And while we don’t need to fail, we need to be OK and willing to fail some of the time.”

Axiom launched in 1999, providing seconded lawyers to in-house departments. It has more recently expanded into outsourcing of complex legal processes – such as commercial contracts, derivatives agreements and compliance activities – and managing complex contracts projects and disclosure in litigation.

Citing examples of innovation in the market, including ABSs, he nonetheless argued that “the speed and scale of trying new things does not match the scale of industry or the urgency of the need”.

He said: “We need to start asking harder questions and we need some new and inventive answers. Let’s not allow lawyers to be separated from the business of law, if for no other reason than it is the business of law that makes being a lawyer today as opposed to any other time in history utterly fascinating.”

Mr Harris insisted that transformation of the legal industry will be better for lawyers and clients.

He said that for the last decade, “our industry has worshipped at the altar of bigger. But to what end?” He cited studies showing the stress big firm lawyers are under, while most general counsel are still frustrated with the inefficiency of their external law firms.

“Bigger is not better. Better is better,” he said. While lawyers could choose whether to believe in transformation, “the change itself is not a choice. It’s inevitable. It’s happening.

“So far we spend a lot of time admiring the problems facing our industry. But the solutions will not wait for us forever… Change is hard… but coming out the other end is worth the pain and it’s going to happen anyway, so we best just get on with it.”

Mr Harris said lawyers need to ask themselves harder questions. “Can we fundamentally rethink the aim of what it is we do? As a group of people, we’re the best in the world at giving great advice, but we are barely mediocre when it comes to delivering value.”

He explained: “We’re often brought in to help general counsel to rethink their contracting operation, which is typically the largest single category of inside spend. The GC asks, ‘how can we be more efficient without sacrificing quality?’ – which is a great question. Saving 30-40% in operational expenses is a worthy goal. That’s not losing. But it’s not as powerful as winning.

“The real value to an improved contracts operation is impacting revenue and margin. And there are lots of ways to do that. If we can shorten a company’s contracting cycle by 10 days, that’s two weeks of additional revenue that year. That’s a 4% bump in the top line. If that were applied to 50% of turnover, that’s a 2% uptick and that pays for the entire law department 10 times over.

“So can we change the frame of what we do from keeping our clients out of trouble to helping them win?”