AXA calls for code of conduct for insurer/law firm ABSs 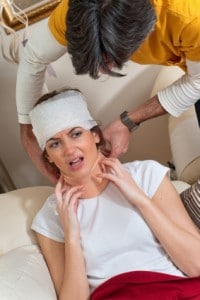 There needs to be greater control of alternative business structures (ABSs) set up by insurance companies to “ensure appropriate behaviour” and even a ban on ABSs operating in the small claims court, AXA Insurance has told MPs.

It highlighted ABSs as one of the key factors that would negate the impact of the government’s proposed reforms to whiplash claims, including raising the small claims limit from £1,000 to £5,000.

AXA has been a vocal critic of referral fees and in a submission to the transport select committee – which is investigating whiplash – said that despite the cut in the RTA portal fee from £1,200 to £500, “it is now said that some firms of solicitors are paying acquisition costs of one form or other of some £200”.

AXA pointed to ABSs between insurers and law firms, such as Admiral’s arrangement with Lyons Davidson and Cordner Lewis and Ageas Insurance’s venture with NewLaw.

“These arrangements will effectively mean that the insurers will replace referral fee income by taking the legal work ‘in house’ and share in any profit with the law firm concerned,” it said.

AXA also highlighted the introduction of damages-based agreements. “With reduced portal fees, a solicitor is likely to earn more acting for ‘whiplash’ claimants on a DBA. Thus, he will continue to have a vested interest in acquiring and presenting such claims. Further, as the amount recovered represents a percentage of damages, the solicitor will have an incentive to seek to increase the level of damages recovered.

“The referral fee ban will encourage claims management companies to modify their business model so that they handle, as well as acquire, the claim. They will replace referral fee income lost from claimant solicitors by acting for the claimants under a DBA that will not be constrained by the Damages Based Agreement Regulations 2013. It remains unclear as to how effective the referral fee ban will prove to be in practice.”

It warned MPs: “In our opinion we believe that these developments will militate against the effectiveness of other measures being introduced to tackle whiplash claims…

“We are already seeing ABSs being set up so as to develop income streams on the back of road traffic collisions and, to ensure appropriate behaviour by insurers who become involved with ABSs (particularly around referral of exaggerated ‘whiplash’ claims to their own law firms), we would expect some form of code of conduct to be developed – perhaps in conjunction with the ABI.

“DBAs will also enable solicitors to be remunerated even if the small claims track increases as proposed to £5,000. There should be restrictions on the establishment of ABSs in this area and a ban on the use of DBAs in low-value motor claims.”

AXA urged the committee to support a “radical” move to prevent damages being recoverable unless whiplash claimants have a “demonstrable injury”.