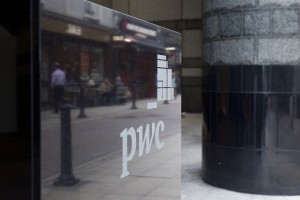 PwC: “Need for firms to be braver on pricing”

Average profit per equity partner (PEP) for the top 10 law firms has exceeded £1m for first time since 2008, reaching £1.03m, while they also recorded a record average profit margin of 40%, PwC has reported.

Meanwhile, 80% of the top 100 firms increased fee income, with the majority increasing revenue above inflation – although some of this was due to merger activity.

However, PwC’s annual financial benchmarking survey of the top 100 attributed more than half of the increase in PEP at the largest firms to a 5% reduction in full equity partner headcount.

PwC said that this, combined with increases in chargeable hours to near 2008 levels, suggested that firms were busier, but pricing remained “acute”.

Researchers went on: “Despite improving economic conditions, a continuing over-supply of law firms combined with changing client demand means firms face a difficult battle to get pricing back to pre-recession rates.

“With consolidation in the market set to continue, it will be interesting to see the extent to which the legacy of the downturn endures as the demand for legal services comes back into line with supply. Our survey clearly points to the need for firms to be braver on pricing.”

Client demands for greater transparency and certainty in pricing were reflected in the survey by a fall in time-based charging to 75% from 83% in 2010 and shift to fixed and contingency-based fees.

Clients were also “disaggregating” or “appointing different types of firm for different tranches of work, carving up appointments between traditional firms, ABSs and legal outsourcers”.

Researchers said “the ability to deliver differently, as well as price differently has become a critical success factor”.

While profit margins at the top 10 firms continue to rise, the next tier of firms – placed 11 to 25 in the top 100 – reversed five years of margin deterioration, and saw the average rise to 28.2%. For the rest of the top 100, the margin was an average of 24%. Nearly six in ten firms recorded profit increases at a higher rate than the increase in fee income.

The survey showed how margins are dragged down by international operations: in the top 10, for example, while 62% of partners are based abroad, overseas operations only contribute 56% of revenues and 49% of profits.

Worries about over-regulation featured in third place, narrowly ahead of concerns about lack of stability in the market due to general economic conditions.

“The survey paints a brighter picture for the future of law firms than a year ago,” said David Snell, partner and leader of the law firm advisory group at PwC.

“The majority of firms surveyed expressed confidence about their growth prospects over the coming three years, although uncertainty remains about growth prospects for the sector as a whole. Merger activity looks set to continue, and international expansion remains a priority for many.

“With challenges around the business model, changing client demands and talent retention, law firms are operating in a very different market to that of five years ago. Recent law firm failures and enforced mergers are a reminder that the tide can turn very quickly.

“Change in the legal sector is set to continue, and firms looking for success and substantial growth will require clear leadership and vision, strong discipline over business practices, and agility to ensure they are able to take advantage of new and emerging opportunities.”