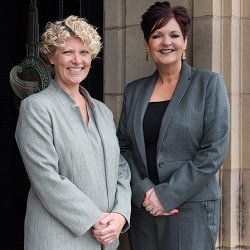 There has been a surge of law firm mergers and acquisitions in recent weeks, as is usual at this time of the year when most still renew their professional indemnity insurance.

Fast-growing Welsh legal group Redkite Solicitors has merged with Ledbury, Herefordshire firm Orme & Slade, to create its 12th office. The 28 new staff mean that Redkite has 185 people in all; it has doubled its turnover to £9m since 2017, including an April 2019 merger with Swansea-based Harris Arnold.

Chief executive Neil Walker said: “As a law firm rooted in the local communities it serves, Orme & Slade is the perfect fit for us as we expand our footprint in the border counties.”

HCB is an unusual firm, now with 27 offices across England as well as a co-branded accountancy practice. This is its second deal of the year, after bringing in north-west London firm Malcolm Dear Whitfield Evans in February.

London firm Druces has merged with Sykes Anderson Perry to boost its private client and real estate team, and add around £1.6m of additional fee income. Sykes’ four directors have become partners or consultants as of yesterday, including Christopher Sykes, author of a Law Society book on leasehold enfranchisement.

The deal follows on from Druces’ merger with Ronaldsons last year, which bolstered its capital markets practice. Druces is now ranked 15th for the number of AIM-listed clients.

Kingsley Napley managing partner Linda Woolley said it was “a rare acquisition” for the firm, which was “testament to the strong cultural and practice fit”.

Peterborough-based Buckles has added to its London office by acquiring Lyndales, which has a broad commercial and private client practice. Buckles, which also has offices in Nottingham and Stamford, will operate under the name Buckles Lyndales in the capital.

It now has a turnover exceeding £12m and more than 90 lawyers.

Chief executive Duncan Jackson said the firm was implementing a growth strategy: “Buckles has a strong regional reputation acquired mainly through organic growth. The legal market has changed and we don’t want to rest on our laurels.”

Ridley & Hall said turnover grew to over £2m in 2017/2018 “following a number of lateral hires and an increase in new clients”. It opened an office in Leeds last year and now employs 71 people.

In Lincolnshire, Sills & Betteridge has boosted its Gainsborough office by acquiring TrentSide Legal, with founder Helen Kirk joining as a partner. Sills now has 12 offices across Lincolnshire, Doncaster, Nottingham and Northampton.