Autumn merger mania strikes again up and down the land 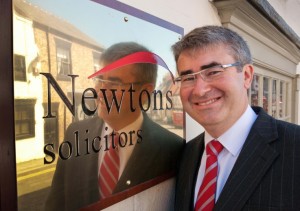 Mergers have been unveiled across the country in recent days, with firms of all sizes and practice areas choosing to join forces.

There is usually a rush of mergers each year timed to coincide with the 30 September deadline to secure professional indemnity insurance, and 2015 has proven no different.

Newtons is a Yorkshire and County Durham alternative business structure that has grown from its founder’s shed in 2009 to a £4m business following its latest acquisition, Calder Meynell.

With offices in Thirsk and Northallerton, the renamed Calder Meynell Newtons fills a gap in Newton’s now 11-strong office network, which runs between West Yorkshire and Teesside. Founded in 2011, Calder Meynell has seven staff and a £300,000 turnover through services to the elderly, family law, agricultural and rural services, and residential property.

The deal takes Newtons’ annual fee income to £4m; its medium term goal is £5m. It now has 90 staff in the wake of several mergers. Founder Chris Newton said: “I’ve wanted Newtons Solicitors to have a presence in Northallerton and Thirsk for a long time and am delighted that this deal has completed and by the positive way that our teams have already started working together.”