Augmented lawyering: The challenge of AI is people, not money 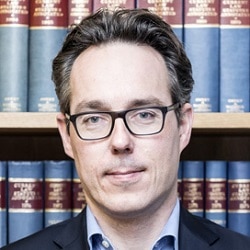 The challenge facing traditional law firms from artificial intelligence (AI) is not a lack of finance to invest in technology but having the right “human capital”, a study from Oxford University has argued.

Academics found that AI would “augment the capabilities of human lawyers” while “generating new roles for legal experts” in producing AI services.

Those roles would be “clustered in multi-disciplinary teams” (MDTs) that mixed legal with a range of “other disciplinary inputs”.

The academics said that contrary to “prior debate”, the challenges for law firms were not the result of constraints on finance needed to invest in technology.

Instead the central problems consisted of making the necessary strategic decisions, recruitment and motivation of “the necessary MDTs” and “adjusting professional boundaries of the legal profession”.

It follows research carried out with the Law Society, which in March reported the take-up of many forms of lawtech was “modest”, and especially so for technology assisted by AI, despite the hype around it.

In the paper, they predicted that for lawyers pursuing traditional roles, “the quality of work will likely increase, as the more tedious and repetitive tasks are automated”.

Although AI might replace lawyers for some tasks, it was likely to increase the productivity of those who remained.

Since systems were being developed to be “as readily accessible to non-technically trained lawyers as possible” the increase in necessary breadth of skills required was “likely to be modest” and the value of lawyers continue to lie in their “deep disciplinary expertise”.

“While demand will continue for traditional lawyers, career opportunities are likely to be less certain. A reduction in overall numbers of roles, coupled with increasing rewards for those remaining, suggests an ever-more-competitive tournament for those pursuing traditional partnership opportunities.”

At the same time, there would be new roles for those working in MDTs augmenting the technology, such as ‘legal engineers’ and ‘legal product experts’.

These roles would offer “a multiplicity of career paths”, including legal operations directors or innovation managers at law firms.

The academics said it “remains an open question whether the rise of augmented lawyering will be capable of being accommodated within the existing institutional structures of the legal profession”.

They said the legal profession in England and Wales had been “highly successful in holding an exclusive claim to specific knowledge and expertise” through the concept of reserved activities.

However, this “drive towards differentiation of expertise has also led to greater intra-professional specialisation and splintering into multiple sub-professions”.

The academics put forward three possible scenarios for the future of the profession.

In the first, it remained defined around human lawyers who were primarily legal experts and was “very much the current vision”.

This scenario involved “only a modest incremental change in the activities of the legal profession, with the majority of lawyers interacting with AI and associated technologies only as consumers”.

In the second scenario, lawyers had combined roles as consumers of AI-enabled legal services as well as producers.

“The legal profession may endorse the producer expertise within its occupational boundary because it contributes to the effectiveness of their consumer role.

“This is the notion of ‘lawyer-coders’, the idea that the majority of lawyers should become familiar with how to use AI models, if not to learn how to code.”

A third scenario would see “the splintering of professionals beyond the traditional legal profession into multiple sub- or even new professions”.

New roles would be created that “focus on the producer role for technology-enabled legal services”, with specialisations in legal operations, legal engineering, legal project management, legal products, and legal technology.

The academics said some of these roles were already organised into a separate professional association in the form of the Corporate Legal Operations Consortium.

The third scenario was “quite plausible” if changes in professional regulation remained “minimal or slow”.

The paper predicted: “A small number of stellar lawyers may remain lawyers-as-consumers, creating untold value for their clients.

“However, over time, for the profession as a whole, value creation for clients will migrate away from lawyers-as-consumers to other legal professionals who combine (or specialise in) producer roles.”

The legal profession had a “choice between two paths” – whether to “exclude more and more professionals with some legal expertise” or to “recognise within the profession some heterogeneity in specialisation”, such as in technology.