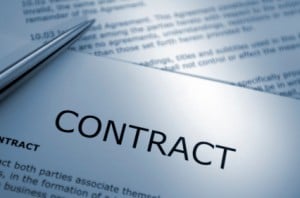 Standard contractual terms between solicitors and barristers are set to become a reality at long last after the Legal Services Board (LSB) approved controversial changes to the cab-rank rule that will underpin them – albeit with some reluctance.

LSB chief executive Chris Kenny said that while the Bar Standards Board’s (BSB) approach to the issue “is not one which the LSB considers to be the most appropriate”, nonetheless it could find no reason to refuse the application, which is the statutory test for rule changes.

However, he stressed that the decision does not constitute endorsement of the cab-rank rule itself, which will be considered as part of the BSB’s wider review of its code of conduct.

Currently, while increasingly barristers are seeking to agree contractual terms with solicitors and so mitigate the risk of non-payment of fees, they are not obliged to accept instructions on negotiated contractual terms. The BSB argues that this undermines the cab-rank rule.

Under the BSB’s scheme, if a solicitor seeks to instruct a barrister on its New Contractual Terms (NCT) or on the individual barrister’s own advertised terms, the cab-rank rule will apply. If they want to instruct them on any other terms, it will not. The BSB expects many barristers to use the NCT.

Further, if a firm of solicitors does not pay a barrister’s fees, and an award made by the joint Law Society/Bar Council tribunal remains unpaid, and/or a court has given judgment in favour of the barrister, the unpaid barrister can complain to the Bar Council under a new list of defaulting solicitors.

If the solicitors are placed on it, then the cab-rank rule will not apply to any barrister receiving instructions from those solicitors.

In January the LSB issued an unprecedented statutory warning notice that it was considering whether to reject these changes to the cab-rank rule, and while it had a year to come to a decision, has done so following a consultation with other stakeholders. Only the Law Society raised concerns in response to the consultation, primarily that the NCT are biased in favour of the barrister.

Mr Kenny noted that the Law Society did not explain in what way they are biased, adding that solicitors and barristers retain the freedom to agree terms other than the NCT.

The BSB spokesman said: “The BSB welcomes the decision and now looks forward to liaising with the Bar Council to implement and publicise the change. Details – including support available to barristers – will be available after the summer break.”

More than a decade ago the Bar Council and Law Society first began discussing an overhaul of the non-contractual terms of work which are currently the default arrangement between barristers and their instructed solicitors, and the withdrawal of credit scheme for solicitors who do not pay fees. The talks collapsed in 2008.

The BSB will now look to extend the arrangements to other legal professionals; the Association of Costs Lawyers was among those to say its members should have the benefit of them.