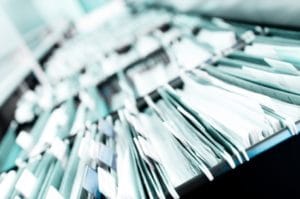 The Solicitors Disciplinary Tribunal (SDT) has struck off an assistant solicitor for dishonestly backdating client letters to conceal missed court deadlines, in the latest of a string of disciplinary cases involving faked documents.

Andrew Christopher Aitchison was found to have backdated at least six letters between 2011 and 2014, aiming to cover the fact he had failed to serve claim forms, or issue proceedings by the statutory deadline, or wrongly thought he had missed it.

In several cases the letters, which purported to tell clients their cases would not be pursued after a review of the merits, were left on file and not sent.

Mr Aitchison, who was born in 1967 and admitted in 1999, was not present at the hearing in August. He worked in the personal injury department of Sydney Mitchell Solicitors in Solihull for four years.

A client complained when he was on leave in September 2014. The solicitor resigned after the firm investigated his having missed statutory deadlines and attempted to hide the fact by creating backdated documents.

In two cases, he closed files and backdated letters before an expected Lexcel re-accreditation inspection.

The senior partner and compliance officer, Divinder Singh, confronted him with evidence from the firm’s case management system (CMS), which recorded discrepancies in the dates when client letters were created and dated.

The tribunal recorded that it “was satisfied that the purpose of backdating was to conceal errors in the conduct of the files, which were not individually career-threatening; each could have been dealt with by appropriate referrals to insurers”. But “it was a serious matter for a solicitor to falsify documents in this way”.

It found the solicitor’s “dishonest conduct was repeated, planned and systematic” and that the firm’s CMS “did not indicate that he was working excessive hours”. He provided no explanation for his conduct.

Striking Mr Aitchison off, the tribunal concluded that while he did not seem to have made a financial gain from his dishonest conduct, “the respondent had been an experienced solicitor in the field of PI and was aware that he should not falsify documents or mislead his clients.

“Any matter in which dishonesty was proved was at the highest level of seriousness. Here, there was not simply one instance, but there was conscious impropriety over an extended period of time.”