Aspiring barristers “not told reality of obstacles facing them” 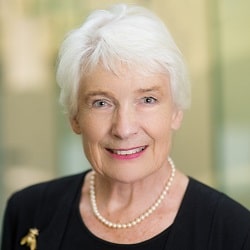 Students aspiring to careers at the Bar are not always told clearly the difficulties they will face with obtaining a pupillage and funding their studies, according to a retired High Court judge.

Dame Caroline Swift said it was “doubtful” she would have entered the profession now and that anyone who attempted it should do so with their “eyes wide open”.

Both women worked together on the Shipman Inquiry and practised for a number of years at Byrom Chambers in Manchester before being promoted to the bench.

They agreed that only women utterly committed to pursuing a career in the law should contemplate it, and that entering the Bar was easier when they joined in the 1970s.

Neither came from legal backgrounds and said they had good mentors who helped them. The Northern Circuit at the time was a benign environment for women barristers compared to London.

Asked whether she would make the same career choices now, Dame Caroline said she doubted she would have had “the confidence to put myself out there given the financial debt that one would have to take and the much greater difficulty of getting into chambers”.

She added: “Sometimes I don’t think the authorities at universities, Bar school, the Inns of Court, tell it like it is to the students about how difficult it is, what the statistics are [and so on]”.

Dame Janet agreed, saying: “I’m not sure I would have had the motivation to go through everything that young people have to go through now to get going. It was very easy for me.”

Dame Caroline said she knew the head of chambers she would join because he was “a farmer and horseman in the area where I lived” and the two met at the local hunt ball, where he told her she had won a pupillage.

She continued: “I think someone coming to the Bar now would have to have their eyes wide open about the difficulties.” But with a strong intellect, drive and “hard work ethic”, they should attempt it after thinking carefully about which area of law they were going to specialise in.

Dame Janet, who went on to lead the Savile inquiry into sexual abuse by the broadcaster, said: “Don’t do it, unless you absolutely must [and] absolutely feel driven to it… It’s such a struggle to get into chambers… The advice would be just gird yourself up if you feel you really must do it.”

Dame Janet recalled: “In London, women have had a much more difficult time than Caroline and I did on the Northern Circuit. We both found the circuit very welcoming…

“I didn’t realise how bad things were for women in many London sets. It just had not been like that here.”

She attributed the difference in part to pioneering women barristers changing attitudes in the 1960s.

Also, she said, by the 1970s there were prominent women solicitors willing to instruct women barristers. “So there was a sort of sisterhood going on as well.”

Both judges said they decided early they wanted to be barristers. Still, a careers adviser told Dame Janet: “I’d give it a miss if I were you. The law is a man’s world.”

But she was undeterred. At the age of 28, after having three children, she studied to enter the Bar.

Dame Caroline recounted how she made up her mind at the age of six, when she met a neighbour’s son who was doing pupillage in Manchester. She said that after that: “I never ever wavered from it.”