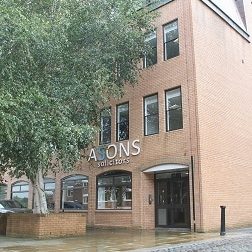 The liquidators of Asons are suing its successor practice, alleging that the controversial personal injury law firm was sold at an undervalue, it has emerged.

The Insolvency Service is set to institute director disqualification proceedings over Asons’ failure as well, while unsecured creditors have so far claimed they are owned some £28m.

The business of Asons Solicitors Limited was sold to Coops Law Limited for £229,534 on 23 March 2017, the day before the former was placed into liquidation.

Coops Law Limited was run by Irfan Akram, the brother of Asons’ principal and sole shareholder Kamran Akram. In the month prior to the sale to Coops, Asons’ work in progress had a value of around £11m. Coops was closed down by the SRA in June 2017.

Last year, the joint liquidators said they were investigating concerns raised by creditors that the transactions did not take place at arm’s length and for full value.

Twelve months on and the joint liquidators’ annual progress report from Gareth Howarth of Path Business Recovery said it has notified Coops of a claim over both the alleged sale at an undervalue and a contractual breach of the share purchase agreement for failing to pay the £99,400 premium for Asons’ run-off insurance.

“We are currently in negotiations with the relevant parties, with the aim to [sic] seek to reach a settlement of those claims,” he wrote.

Mr Howarth added that the Insolvency Service was conducting its own enquiries “with a view to disqualification action”.

Further, the report said that Kamran Akram was made bankrupt in March following a petition presented by CBL Insurance of Dublin. “We await confirmation as to the prospects of a return to creditors from the bankrupt’s estate.”

Mr Akram was suspended from practice for 18 months last year over his running of the firm, but the Solicitors Disciplinary Tribunal rejected allegations that he had acted dishonestly.

In March this year, Munir Majid, the solicitor who headed Coops Law, was also suspended. The tribunal said Coops “did little or no work prior to the closing of Asons and it was believed that it was set up as a means to frustrate any potential SRA action against Asons and/or to prevent Asons’ funds from going to its creditors”.

Asons has no secured or preferential creditors – HSBC’s charges were satisfied on 22 February 2017 and all staff were transferred to Coops – but having been listed in the liquidators’ initial statement of affairs as being owed £20,000, HM Revenue & Customs has now claimed £1.4m.

Trade and expense creditors were said to be owed £3.2m in the April 2017 statement, but Mr Howarth said he has to date received claims totalling £26.5m; proofs of debt are still being received.

“Dividend prospects are presently uncertain and are subject to the outcome of our ongoing investigations,” he said.

Mr Howarth said the original agreement with the Solicitors Regulation Authority was expected to result in £217,000 of what Asons had at the bank being paid into the liquidation.

However, this has changed and after negotiations – and “due to the paucity of funds in the estate and escalating costs of dealing with this matter” – the regulator has paid £41,000 “for the benefit of the general estate”, and a further £42,500 “as a contribution to future litigation”.

In all, the liquidators have realised around £195,000. Path and the other liquidator, Begbies Traynor, have incurred time costs of £146,000 over the first two years, with the fees of solicitors Squire Patton Boggs put at £95,000.