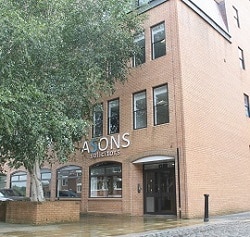 The principal solicitor of controversial Bolton personal injury firm Asons is to appear before the Solicitors Disciplinary Tribunal over multiple allegations, including the payment of illegal referral fees and false costs claims, the Solicitors Regulation Authority (SRA) has confirmed.

Kamran Akmal was actually referred to the tribunal late last March – the day before the SRA closed down Asons – but the decision was only published yesterday.

Many of the allegations appear to refer to the revelation a year ago that Asons had agreed to repay more than £100,000 to AXA after admitting to falsely and systematically inflating its legal costs.

The dispute involved 65 personal injury cases, settled between September 2013 and December 2014, where “Asons overstated the qualifications and experience of its legal staff to falsely inflate the bills sent to AXA”.

According to the decision, the tribunal has certified that there is a case to answer in respect of at least six allegations, namely that Mr Kamal:

The allegations are, of course, unproven at this stage.

Asons was also in the news last year for a £300,000 grant from Bolton Council, which Mr Akram had to repay because the firm had closed.

Asons’ successor practice, alternative business structure Coops Law, was itself shut down in July, less than three months since it took on the business.

The SRA said there was reason to suspect dishonesty on the part of Irfan Khan Akram, a non-solicitor and the firm’s head of finance and administration.