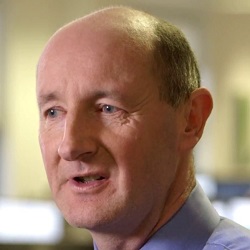 Polson: Experts in their own right

The ‘New Law’ arm of City firm Ashurst has created a formal career pathway for legal technology specialists to run in parallel with the traditional roles available to lawyers.

The career development framework developed by Ashurst Advance will be used as a recruitment tool to bring law graduates and others into the firm to fill ‘New Law’ roles.

Ashurst, which has almost 3,000 employees and more than 400 partners in 29 offices around the world, sees law firms of the future necessarily marrying legal expertise with technological delivery and says it is keen to define transparently what careers in these non-law roles entail.

“As more and more law is delivered through New Law, there are going to be more and more opportunities for people to develop their careers in it as distinct from continuing along the traditional track”, said Mike Polson, head of Ashurst Advance Delivery, which supports legal teams with process, resourcing and technology solutions.

He continued: “It’s trying to map out for people what a career in future might look like, while the traditional model has been around for ever. It’s trying to introduce a comparable degree of clarity.”

He suggested that large firms needed to develop their technology personnel instead of “trying to turn our traditional lawyers into experts on everything.

“A big project of the future will involve, as it does now, a team of traditional lawyers, but alongside them you might have an eDiscovery specialist, a project manager [and so on] – who may have law backgrounds , have a law degree and worked in law for a while – but actually are not working towards qualification.

“They are experts in their own right. But they are bringing a different type of expertise to the party.

“If they start, for example, as a graduate legal analyst in our team, what may that turn into in two years time, in four years time? [They] can remain in that sort of role with more experience or they might actually move into a related area like project management or process improvement and build their skills there.”

The new framework, which could take on more than 20 graduates at a time, will set out the grades and skills they can aspire to.

Mr Polson concluded: “The traditional career path has been long-established and this is almost replicating that… and [setting out] what a career in New Law will look like.”