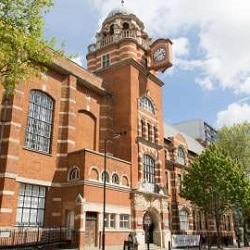 A company that trains foreign lawyers to qualify as solicitors has successfully complained about a competitor that claimed to be the number one provider.

The Advertising Standards Authority (ASA) upheld the complaint by QLTS School about a variety of claims made by QLTS Advantage, which markets a Qualified Lawyers Transfer Scheme (QLTS) training course provided by City Law School.

QLTS Advantage’s website claimed to be “#1 QLTS provider”, “#1 real QLTS training school”, “#1 The only QLTS School with Live Tuition” and “ranked ‘top ten’ in the UK for graduate employment and operates one of the best law schools in the world”.

It also claimed to have the highest pass rates “ever” and “6000+ Happy Clients”.

The ASA said: “Overall, we considered that consumers were likely to understand the claim ‘#1 real QLTS training school’ to mean that QLTS had been objectively ranked as the top provider of QLTS training. QLTS Advantage did not provide any evidence to demonstrate that was the case.”

It also failed to prove that no other QLTS training provider offered live tuition, that City University had been objectively ranked in the top 10 in the UK for graduate employment and as having one of the top law schools in the world, or that it had the best pass rates.

These breached multiple rules in the ASA’s code, as did the claim to have more than 6,000 customers, given only around 2,000 students have completed the QLTS assessments since their inception.

QLTS Advantage had modified the claim to “we’ve trained thousands of happy clients” but also failed to prove this.

The ASA ordered that the claims must not appear again in the forms complained about.

“We told [QLTS Advantage] to ensure that they had adequate substantiation to support claims, including comparisons with identifiable competitors, in their marketing materials and that the basis of any comparison was presented clearly.

“We also told them to ensure that comparisons with identifiable competitors were verifiable.”

Solaw International Ltd, which trades as QLTS Advantage, argued that the ASA had no jurisdiction because it was based in the US and believed that that most customers were based outside the UK.

But based on information from the Solicitors Regulation Authority, the ASA said “a significant minority of consumers were physically in the UK when they purchased training for the QLTS” and so it had jurisdiction – especially as there was no US equivalent to which it could refer the complaint.