ASA upholds complaint against “your solicitor rips you off” advert 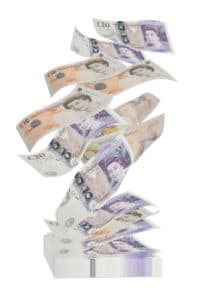 ASA: no evidence that fees inflated by 20%

The Advertising Standards Authority (ASA) has upheld a complaint over an advertisement from a website that claims to help clients recover a “huge amount” of their legal costs, which said that “on average, a solicitor overcharges you by 20%”.

The ASA said the regional press advert was headed: “Top 5 ways your solicitor rips you off… learn how to get your overcharges back!”

It was publicising the website www.recoveryourovercharges.com, which stated that the amount solicitors charge was “covered by legislation”, but “many ignore these guidelines”.

The website encourages users to sign up for the guide Top 5 Ways Your Solicitor Rips You Off, which promises to tell readers ‘how solicitors get around hourly rates’ and ‘why their estimate isn’t an accurate guideline’.

Martin Shepherd Solicitors, based in Enfield, complained to the ASA that the claims that solicitors overcharged clients by 20% on average and ignored fee guidelines were misleading.

In its response, website owner Recovery Limited argued that “a ‘one-fifth’ rule existed” and that meant a “law costs draft company” could only recover their fees from solicitors if they recovered one-fifth or more of their client’s legal costs.

The response went on: “Therefore, if most solicitors did not overcharge by 20%, the law cost industry would no longer exist.”

Recovery said that solicitors should provide “proper estimates of costs”, and advise clients of the right to an assessment under the Solicitors Act 1974, but this advice was not provided because it “would prohibit law costs draft companies acting against a solicitor they had worked with”.

In its ruling upholding the complaint, the ASA said that in order to substantiate the claim of overcharging, Recovery “would need to provide evidence, applicable to all solicitors, to demonstrate that their charges were inflated, by an average of 20%, without proper reason”.

The ASA said Recovery “did not provide such evidence and we therefore concluded that the ad was misleading”.

On the claim that solicitors ignored guidelines on charging, imposed by legislation, the ASA said it “acknowledged Recovery’s assertion that solicitors fell under a code of conduct and there were also legal provisions regarding their fees”.

The ASA went on: “However, they had not provided any evidence that demonstrated that many solicitors ignored those standards, for example to show that they had been censured under the code of conduct or had been subject to action in relation to guidelines for charges. Because the claim had again not been substantiated, we concluded that the ad was misleading.”

The ASA ruled: “The ad must not appear again in its current form. We told Recovery Ltd t/a Recoveryourovercharges.com not to claim in future that solicitors overcharged their clients or that they ignored relevant guidance in relation to service charges in the absence of adequate substantiation.”