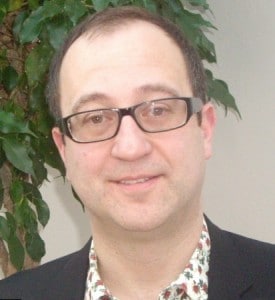 Passmore: “Everything leads us towards gathering more evidence”

The Solicitors Regulation Authority (SRA) has issued a call for evidence on its indemnity insurance reforms, as the Legal Services Board (LSB) continues its deliberations on whether or not to approve a cut in the minimum cover limit.

The LSB has a further week to decide to back the cut in cover from £2m to £500,000, to delay its decision for a further three months or reject the move.

Crispin Passmore, executive director of policy at the SRA, told Legal Futures there was a “very simple” reason for the regulator’s announcement.

“If the answer is yes, but we don’t have it in time for October, then the sooner we can get the evidence, the more we can ensure that any changes for next year are signalled well in advance. One of criticisms has been that we’ve done this too close to October.

“If it is no, then that will be because the LSB is not convinced by the evidence. So the answer is to get more evidence.”

“The LSB is there to make a statutory decision on our rules. The presumption in the Legal Services Act is that it will approve them. If not, they need a reason.”

The SRA said it was particularly interested in evidence on ways in which regulation could reduce the risk of claims and the extent to which risk is shared between consumers and legal businesses.

Other issues it highlighted were the impact of the minimum indemnity terms, how far cover should be aligned with the nature of the services provided and the degree to which client protection arrangements were understood by consumers.

Earlier this week the Sole Practitioners Group became the latest body to attack the proposed cut in minimum indemnity cover, despite the fact the move was designed to help small firms.

Mr Passmore added that the SRA wanted to hear from solicitors, consumers, lenders, insurers, as well as people outside the legal market or in other jurisdictions.

“We’re not proud. We’ll learn from anyone.” The deadline is 30 September.