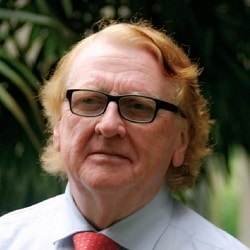 Chater: Lawyers think they’re getting sexy and modern, but we don’t

Lawyers are “rather arrogant”, “exploit young people” and resort to “deception” when charging for work, the head of an international employers group has said.

Robin Chater, secretary-general of the Federation of International Employers (FedEE), said that, while the UK had moved towards liberalisation of legal services, the culture “had not fundamentally changed”.

FedEE is chaired by Ford Motor Company and counts Coca Cola, Facebook, Nike and Toshiba among its members. It was founded in 1988 as the Federation of European Employers with aid from the European Commission, but is now independent, with offices in the UK, Cyprus and Hong Kong.

Mr Chater said lawyers around the world “had a lot in common” despite cultural differences and were often difficult to work with.

“They’re very traditional. They think they’re getting sexy and modern, but we don’t.

“They believe they have more insights than they actually have. Most haven’t worked in companies and won’t admit to their own shortcomings.”

Mr Chater said accountants were more willing than lawyers to admit shortcomings, an important ability for a professional.

The client ended up paying for supervision, and there was “a lot of misleading information” about how services were provided. “I wouldn’t call it fraud, but it is deception.”

Mr Chater, who studied law at the LSE before doing a PhD in labour relations, said FedEE worked with lawyers and would continue to refer people to them.

He said the organisation had its own legal services team of around 30 people, some of whom helped maintain what he described as the largest database of employment law in the world.

In an outspoken attack on global lawyers this week, FedEE issued a statement complaining that lawyers failed to “respond quickly, decisively or sufficiently comprehensively” to client problems.

It claimed that “much of the heavy duty research (due diligence) is carried out by lowly paid trainees or associates”, with senior lawyers securing “a significant amount of billing” solely through oversight.

Much of the contractual work depended on shared templates, but clients were often charged as if templates were built up from scratch.

Turning to the UK, Mr Chater said liberalisation was “very useful” in allowing companies like the Co-op to move into legal services, but had “brought other problems” in boosting the position of the Big Four accountants.

He said concern about the Big Four was part of the reason there was so much opposition to opening up legal services in India.

He said artificial intelligence “could readily do” contract work, but legal and IT minds were “quite different” and “people with the relevant skills to make things happen are in short supply”.