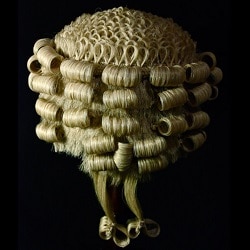 There were around 125 barristers reporting fees of more than £1m last year, and another 200 who brought in more than £500,000, new figures from the Bar Council have suggested.

The Bar Council, including the Bar Standards Board, is set to raise an extra £900,000 by imposing higher practising certificate fees (PCFs) on barristers earning more than £500,000 for the first time.

On this basis, there were approximately 200 barristers in the first band and 127 in the second with earnings of over £1m.

The Bar Council said the plans were “certainly not an attempt at redistribution of wealth”, but a “recognition of the increasing gap in earnings across the Bar and of the pressures on those at the publicly funded Bar”. The fees will be subject to tax relief.

There is always the caveat with reports of barristers’ earnings that they do not include chambers’ payments, insurance, travel, pension and other costs of self-employment.

The flipside of the change is that the PCF for those with the lowest incomes, of £30,000 or less, would be cut from £123 to £100. Otherwise the fee levels will stay the same.

The consultation said there had been two rises in fees since 2015, when the system for charging of practising fees switched from being based on years of call to gross earnings.

Fees went up by 1.25% in 2015, followed by a much bigger rise of 12% in 2016 to cover the Bar Council’s defined benefit pension liability, a sum which “remains ringfenced for that purpose”.

It said inflation over the period 2015-19 had gone up by 10.4% and it was no longer possible to cut costs “without making material cuts in output”.

The latest changes were needed to fund new two staff in its policy department, a head of crime and a researcher. The existing policy team was “substantially smaller than it was only four years ago” and “struggling to cover all the demands”.

A further £92,000 was needed for the finance team to deliver “essential” improvements, while the BSB needed £72,000 for increased payments to prosecutors.

Income is expected to decline by 7.2% in 2019/20, with BSB income falling the most, due to a £110,000 decline in income from authorisations and £120,000 decrease in income from the Bar professional training course.

Alongside the fee increases for top earners, the consultation said the Bar Council would change its PCF reference year to the latest data available rather than running a year behind, enabling barristers to provide the same information for renewals to the Bar Mutual Insurance Fund and the Bar Council. This change could bring in £40,000 more in annual income.

A further change would see the abolition of the PCF bulk discount, enjoyed by over 60% of self-employed and 43% of employed barristers. This would cut the Bar Council’s administration costs and could bring in up to £140,000 of additional income.

The Bar Council said the alternative to its proposed PCF changes would be to impose an “across the board PCF increase” of 7%.