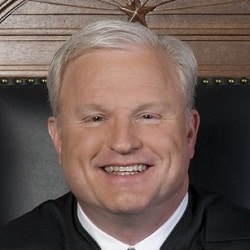 Arizona has become the first US state to allow alternative business structures (ABSs) on a permanent basis in what its supreme court called a “generational advance in access to justice”.

Hot on the heels of Utah approving a two-year trial of ABSs, Arizona has gone a step further by removing the ban on non-lawyers sharing fees with lawyers and having an economic interest in a law firm.

It is using the England and Wales term of ABSs to describe them.

The Arizona Supreme Court – the supreme courts in each state govern the regulation of lawyers – said the change would allow for “greater technological innovations in the delivery of legal services to the public”, provide additional capital “to be infused in legal firms”, help firms attract “the best and brightest non-lawyer partners”, and enable the creation of ‘one-stop shops’ offering legal and other services.

In a survey commissioned by the court, 62% of Arizonans supported ABSs after the concept was explained to them, with respondents highlighting strict regulation, protection against bad actors and protection for lawyers’ independence as particularly important.

The court also approved the creation of a new breed of non-lawyer ‘legal paraprofessionals’ (LPs) to provide limited legal services to the public, including being able to go to court with clients.

It said that “in many ways, LPs would be the legal system’s equivalent of a nurse practitioner in the medical field”.

The survey found stronger support (80%) for LPs than ABSs, with respondents keen to see them used for family, housing and administrative disputes.

They would have to meet education and experience requirements, pass a professional abilities examination, and pass a character and fitness process. As affiliate members of the state bar, LPs would be subject to the same ethical rules and discipline process as lawyers.

The court noted that a sentiment driving the Arizona task force on the delivery of legal services, which devised the reforms, was that lawyers have an ethical obligation to assure that legal services are available to the public and that if the rules stand in the way of making those services available, the rules should change – while maintaining standards and lawyers’ independence.

Arizona Supreme Court Chief Justice Robert Brutinel said: “The court’s goal is to improve access to justice and to encourage innovation in the delivery of legal services.

“The work of the task force adopted by the court will make it possible for more people to access affordable legal services and for more individuals and families to get legal advice and help. These new rules will promote business innovation in providing legal services at affordable prices.”

There are moves in other states to adopt ABSs, such as California, Florida and Chicago, while the DC Bar, in Washington DC, consulted earlier this year on allowing them.