Argument rages on over pros and cons of non-lawyer investment 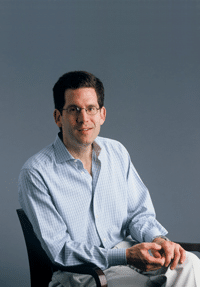 Does non-lawyer ownership end damaging short-termism within law firms and improve both the economics and culture of legal practice, or does it risk standards and offer little in the way of increasing access to legal services?

This debate – at the heart of the campaign to liberalise legal services regulation in the US – has been fuelled by two significant pieces of academic research that have recently been published.

According to Jonathan T Molot, Georgetown University Law Center professor of law and co-founder of litigation funder Burford Capital, external ownership would counter the increasing view of law firms “as a loose association of economically motivated free agents who happen to practice law under the same roof”.

Writing in the Southern California Law Review, Mr Molot argued that within partnerships there was no incentive to create lasting value because the “risk profiles and time horizons of lawyers may not be conducive to a long-term investment outlook”.

Law firms should be allowed to replace traditional partnership structures with a conventional capital structure that includes permanent equity and non-lawyer investment, he argued. If non-lawyers could hold part of the equity, it would boost the value of the lawyers’ shareholding and put investment decisions in the hands of managers with long-term goals.

He concluded: “My proposed change would tend to favour long-term value over short-term profits and would improve both the economics and culture of law practice. It would help to address partners’ complaints about a ‘what-have-you-done-for-me-lately’ culture, associates’ complaints about a cold, ‘up-or-out’ advancement system, and clients’ complaints about being overcharged and underserved.

“A revised structure would give all of a firm’s constituencies what they so badly crave: a law firm focused on long-term, value-added relationships rather than hourly fees and current billings.”

Although limited non-lawyer ownership was proposed by the American Bar Association’s Commission on Ethics 20/20 last year, the issue has since stalled.

Last autumn, an extensive study of the experience in England and Wales, and Australia, by Nick Robinson, a research fellow at Harvard Law School’s Program on the Legal Profession, raised a number of doubts over external investment.

He questioned the quality of legal services resulting from some alternative business structures. “Non-lawyer ownership could sometimes improve professional standards, but it is not clear that this would always be the case, or even be the case the majority of the time.

“In other situations non-lawyer ownership may lead to the systematisation of more dubious business practices that undermine the quality of legal services as firms scale, attempt to create efficiencies, and their work culture is less tempered by the professional norms that lawyer ownership may bring.

He raised the issue of conflicts of interest: “The interests of traditional law firms do not always perfectly align with their clients’ interests, but enterprises that offer legal services that also have other commercial interests are more likely to have conflicting and potentially adversarial interests to their clients.”

He gave the hypothetical example of Walmart supplying employment law services as presenting the potential for conflicts, but leaving regulators powerless to intervene.

“However, the amorphous nature of such a potential conflict makes it difficult for a regulator to justify specifically barring Walmart, and not other retailers, from entering the legal services market in employment law.”

He concluded: “The goal of regulation of legal services should not be deregulation for its own sake, but rather increasing access to legal services that the public can trust delivered by legal service providers who are part of a larger legal community that sees furthering the public good as a fundamental commitment. Some types of non-lawyer ownership may be part of this strategy, but only a part.”