Are judges and opposing parties targeting lawyers? Recent cases suggest they are 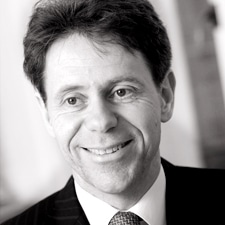 Corker: risk of litigators being targeted

A string of recent cases indicate that judges may be increasingly tempted to remind solicitors of their duty to act impartially in litigation, in an era of alternative business structures (ABSs) where their loyalties might be tested, according to a leading criminal lawyer.

David Corker, a partner at London white collar criminal defence firm Corker Binning, also suggested that wasted costs orders were being sought by winning parties as a form of “reputation restoration or management”.

He raised four examples in recent months of penal orders being pursued, which he suggested were motivated by more than financial reward. Two concerned wasted costs applications, one an application to have the solicitors struck off and the fourth to have a costs order made on the basis that solicitors – not the client – were the driving force behind an unsuccessful application.

Mr Corker said it was too soon to determine whether the examples were coincidence or whether they were “harbingers of an era where lawyers will be more likely to be drawn into the firing line”. But it was clear that “litigants are clearly thinking more about taking the fire to the opposing lawyer if there appears to be cause”.

ABSs had brought with them an inevitable commoditisation of legal services but when it came to litigation, Mr Corker speculated, judges would allow no departure from solicitors’ duties to the court and would punish them if they did not act with “rigour and impartiality”.

“With the growth of ABSs… there is a temptation [to see] solicitors as simply just people carrying out client instructions and performing a legal service. But when it comes to litigation, solicitors are officers of the court and they have a duty to act independently of the demands of their clients…

“[Judges might say] ‘If you see legal services to be commoditised in this way, that lawyers are simply just any other kind of income generation scheme, when it comes to litigation you are making a very, very serious mistake for which you will be punished’.”

Wasted costs and other applications may be symptomatic of a form of reputation management with which opposing parties might be attempting to underpin an acquittal, Mr Corker said.

The wasted costs jurisdiction is designed to allow an opposing party to penalise a lawyer who breaches their duty to the court. Historically, the courts have stressed the sanction should only be applied in cases of clear malpractice.

Litigants may be saying “in this case not only am I innocent of these allegations, but they should never have been brought in the first place and I want my reputation to be 100% vindicated by having the solicitors who were responsible for alleging fraud, punished”, he said.

The motivation might be in part to recover money, but beyond financial reward it was an attempt by the party to show that what the other side had done was “disgraceful”. He continued: “So when it comes up on Google you can say ‘yes, but look what happened – they were struck off at my instigation’”.

The two wasted costs applications referred to by Mr Corker have been made in Southwark Crown Court, and arose after the Serious Fraud Office’s failed prosecution of Victor Dahdaleh. The third case Mr Corker cited involved the former adversary of clients of solicitors who he later convinced the Solicitors Disciplinary Tribunal to strike off for acting dishonestly during the litigation. The fourth was the High Court’s judgement in DLA Piper v BDO [] EWHC 3970, in which accountants BDO attempted to have City law firm DLA held liable for the cost of a witness summons application that was refused. However, the court quashed the order because no finding of misconduct had been made.