Apprenticeships “not working for the disadvantaged” 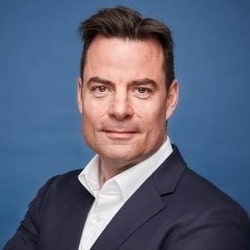 Workers from disadvantaged backgrounds are being left behind by the apprenticeship system, including in the law, with numbers slumping by more than a third since the introduction of the apprenticeship levy, new research has warned.

The Social Mobility Commission found that apprenticeships were one of the most effective means of boosting social mobility for workers from poorer backgrounds, but most of the benefits of were actually going to more privileged learners.

Its report, Apprenticeships and social mobility: Fulfilling potential, recorded a 36% decline in apprenticeship starts by people from disadvantaged backgrounds between 2015/16 and 2017/18, compared with 23% for others.

Disadvantaged learners often undertook apprenticeships in low-paying subject areas, such as the health sector, rather than in law, business or engineering. This was especially the case at advanced and higher levels.

Analysis by the report’s authors, London Economics, showed that the collapse in apprenticeship starts after the levy was introduced hit disadvantaged learners “at every stage, from employer candidate selection to training quality and pay rates after completion”.

Steven Cooper, interim co-chair of the Social Mobility Commission, said: “The apprenticeship levy has disproportionately funded higher-level apprenticeships for learners from more advantaged communities, rather than those from disadvantaged socio-economic backgrounds who would benefit more.”

However, people from less privileged backgrounds who complete an apprenticeship see a bigger boost in their earnings than other learners.

Mr Cooper said: “It is no longer credible for the government to assume that apprenticeships automatically improve social mobility and leave the system to its own devices.

“Strategic action and direction are needed to target the system better on disadvantaged communities and improve the system’s value for money. This is an easy win for the government in its attempts at levelling up – if it can get this right.”

Separate research last month by the Sutton Trust found that the growth in degree-level apprentices has generally not benefitted young people, with more than half of degree apprenticeships taken up by people over 30.

However, this was not the case for solicitor apprentices (set at Level 7, equivalent to a post-graduate degree), with the trust finding that only 19% of them were aged over 25.

Some 55% of those undertaking the chartered legal executive apprenticeship (at Level 6) were aged over 25, but this is likely to reflect in part the fact that some students need first to complete a Level 3 qualification before being able to move on to it, and also that it is a qualification often sought by law firm support staff after some years of experience.

A spokesman for the Chartered Institute of Legal Executives (CILEx) said: “CILEx stands foursquare behind promoting greater inclusivity and access to the legal profession and, in so far as apprenticeships deliver this, CILEx has been at the forefront of delivering an apprenticeship route for its learners and members.

“Importantly for CILEx, these have been offered at different levels of attainment in order to maximise inclusivity and deliver both access to a legal career and progression through that career.