Appeal over failure to award indemnity costs against SRA 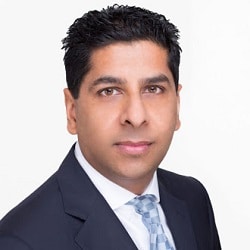 A solicitor who obtained a rare costs award against the Solicitors Regulation Authority is to ask the High Court to rule that the Solicitors Disciplinary Tribunal (SDT) was wrong to say it could not award them on the indemnity basis.

As we reported last week, the SDT awarded costs in favour of Jamil Ahmud, subject to detailed assessment.

Allowing the regulator to withdraw the allegations against the solicitor, a partner at London firm Bloomsbury Law, the tribunal found “grave errors” in the way he was prosecuted.

The solicitor asked for costs to be paid on the indemnity basis, but the SDT said it was not satisfied that it had the jurisdiction to direct a costs judge to apply a particular basis.

In any event, it declined to do so, saying any submissions as to costs should be determined by the judge.

In Mr Ahmud’s grounds of appeal to the High Court, Ben Hubble QC of 4 New Square said the SDT had “erred in law” by concluding that it did not have jurisdiction.

He acknowledged the SDT did not normally need to specify a basis “because (in the vast majority of cases) any costs are in favour of the SRA and are assessed summarily” – but that did not mean it could not do so.

Mr Hubble argued that it had jurisdiction to award costs “on such basis as it thinks fit” and to give directions to a costs judge about it.

The silk said the role of a costs judge under the SDT rules was limited to assessing the costs claimed, not the basis of assessment – and, in any case, the tribunal was far better placed to decide than a judge with no prior knowledge of the proceedings.

The SDT, “having made serious findings of impropriety against the SRA”, should have ordered indemnity costs, he argued.

The Solicitors Regulation Authority said it would not comment on live proceedings.