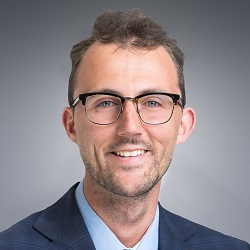 Powell: Decision blocks claims that would otherwise have been brought

The flight delay compensation industry has suffered a blow after appeal judges rejected a claim over a four-stage flight from the US to India that was delayed when leaving Heathrow.

Lord Justice Coulson said that, although the sums involved in the case were “modest”, there were “many hundreds of other cases awaiting the result”.

The court followed what it described as a “common sense” approach.

However, the judge said the approach taken by the Court of Justice of the European Union (CJEU) in the leading case of Wegener was to regard the “single booking as a whole, irrespective of its constituent legs”, which “may be said to be in accordance with common sense”.

“The regulation cannot mean different things and have different effects depending on whether it is being relied by the passenger or the air carrier.”

Delivering judgment in Chelluri v Air India [2021] EWCA Civ 1953, Coulson LJ said that, under the regulation, jurisdiction could arise if the relevant departure was from an EU/UK airport, the ‘territorial gateway’, or if it landed in the EU/UK, the ‘carrier gateway’.

The question in this case was whether the territorial gateway applied. District Judge Sanderson allowed the claim in September 2020 on the basis that the second two flights operated by Air India were “entirely separate” from the first two, operated by Delta.

As a result, the district judge concluded that the journey was “not to be treated as a single flight” for the purposes of the regulation.

His Honour Judge Berkley disagreed, allowing Air India’s appeal last January on the grounds that what mattered was the overall journey, not its component parts. HHJ Berkley said he was bound by Wegener and subsequent authorities.

Coulson LJ said the claimants argued that either HHJ Berkley was wrong in his interpretation of Wegener or the ruling should not be followed.

“Whilst I would normally be reluctant to do more than decide the case at hand, the parties have emphasised the importance of this case to a series of other airline delay claims in this jurisdiction,” he said.

As a result he drew “two general conclusions” from the case law that, under article 3(1)(a) of the regulation, “a flight from X to Y by air, which comprises more than one leg, is to be treated as a whole, provided that it was booked as a single unit” and for the purposes of the jurisdiction provision, “such a flight from X to Y, regardless of the number of legs, departs from its initial place of departure”.

He went on: “I can see no principled basis to depart from the decision in Wegener. There has been no change in any relevant piece of legislation, and no recent authority, which could justify the separate treatment of the component legs of a single booking for the purposes of article 3(1)(a).

“Moreover, Wegener has been repeatedly followed and referred to in the CJEU’s subsequent cases.”

Daniel Powell, a senior paralegal at London firm Zaiwalla & Co, Air India’s solicitors, said it was one of the first cases where the Court of Appeal was asked to determine EU law post-Brexit.

“The intention of CJEU judges when making their decisions was discussed at the hearing, and the Court of Appeal chose to not interpret these principles differently in the post-Brexit era.

“This is despite an Advocate General commentary being released in October, which stated in its discussion that, just because a passenger’s journey originated from a non-EU/UK destination, this does not necessarily mean that they are not entitled to compensation.

“Had the claimant succeeded in their appeal, airlines could have expected myriad further claims against them, with a potentially substantial economic impact being felt across an industry already reeling from the Covid-19 pandemic.”