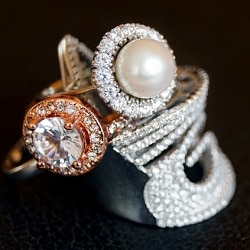 The Court of Appeal has upheld a ruling that a negligence claim brought by a woman against her law firm over its work on her divorce was out of time.

Lord Justice McCombe said the rights of a divorced spouse to sue their solicitor for negligence were subject to the same rules on limitation as “other forms of litigation”.

McCombe LJ said making a distinction between matrimonial finance proceedings and other forms of civil litigation on the basis that family law claims could not be assigned to anyone else “would be a triumph of technicality over reality”.

He went on: “The object of the law is to compensate for damage caused by the loss or diminution of valuable rights by professional negligence.

“The valuable rights of a spouse on divorce should be subject to the same rules in this context as other such rights and should not be the subject of artificial technical distinctions, serving no useful purpose.”

Julia Holt was represented by Somerset law firm Holley & Steer in her divorce. Following a hearing that ended on 16 March 2012, with judgment handed down and the order made on 30 May 2012, District Judge Daniel awarded Ms Holt 60% of the net matrimonial assets, excluding pensions, of £483,000.

In 2016, Ms Holt sent the firm a “formal letter of complaint”, claiming to have suffered losses, for which the firm was responsible.

She argued that failing to advise that she obtain formal valuations of a property portfolio and jewellery had adversely affected her position in the financial relief proceedings.

Ms Holt said limitation only started running when the final judgment was handed down and the order was made, ie 30 May 2012.

Until that time, she argued, any party could have applied to the court in the divorce proceedings to adduce further evidence, including the valuation evidence in question.

The law firm argued that the latest date for limitation purposes was 16 March 2012, the last day of the final hearing in the financial relief proceedings.

In “many cases”, the potential consequences of a negligent approach to valuation “can be seen and, to some extent, it can be assessed” before any judgment is delivered, the judge observed.

He described Ms Holt’s loss as “sufficiently well measurable, if not precisely quantifiable, when she lost the ability to adduce the evidence that she avers that she should have been able to produce before District Judge Daniel in the financial remedies proceedings”.

He said that date “may, in reality, have been shortly after” the financial dispute resolution hearing in October 2011.

“It may have been when the firm (as is to be inferred) recognised, in January 2012, that any application to the Family Court to adduce more valuation evidence would have been bound to fail.

“In the present case, it could hardly have been later than the end of the hearing on 16 March 2012.”

McCombe LJ said it “goes without saying that Ms Holt did not have to issue her proceedings against the firm before the district judge’s judgment” and she could have waited “until quantification became clearer after the judgment”.

Either way, however, she had “nigh on the full six years to do that, even assuming that damage had been suffered in late 2011 or early 2012”.

He went on: “I do not ignore the theoretical possibility of a judge in divorce proceedings, of his/her own motion, taking the view that the evidence before the court is unsatisfactory and requires improvement or clarification.

“However, in a case like the present the reality is that the expert evidence of values upon which a party may rely, and upon which proceedings will be resolved, will be settled well prior to the date of the hearing.”

McCombe LJ said that if one party lost the opportunity to adduce expert evidence that put their case in the best possible light, then the value of their claim was “inevitably diminished” at that stage.

Dismissing Ms Holt’s appeal, he ruled that her negligence claim was statute-barred by section 2 of the Limitation Act 1980.