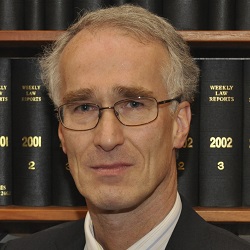 Appeal judges have rejected a company director’s challenge against the assignment by an insolvency practitioner of a claim against her parents to a litigation funder.

Lord Justice Males said there had “never been any suggestion” that Adele Lock would be willing “to match or to beat” the £30,000 offer made by Manolete Partners for the assignment.

Males LJ said Mrs Lock “never followed up” the suggestion at a meeting in February 2018 that she might be interested in buying the claims and her parents did not respond to the liquidator’s solicitors’ letter in May 2019 warning them that he was contemplating selling the claims against them to a specialist insolvency litigation funder.

Dismissing Mrs Lock’s argument that the decision to assign was perverse, the judge said the liquidator “had no reason at all to think that Mrs Lock or her parents would have offered a better deal” than the terms offered by Manolete.

“Those terms included not only an upfront sum, but also a share in the proceeds of the claims.

“In order to match those terms, Mrs Lock or her parents would have had to be prepared to pay considerably more than the £30,000 upfront sum which Manolete had paid. They were not, and still are not, prepared to do so.”

The Court of Appeal heard that Matthew and Adele Lock formed a company to convert Butley Hall in Prestbury, Cheshire, into flats and build three town houses.

Mrs Lock’s parents, Alan and Susan Forrest, loaned the company money, in return for long leases on two of the flats. Ultimately, the Locks’ company was unable to raise sufficient funds to meet its liabilities under the project and in November 2015 went into creditors voluntary liquidation.

The contractors carrying out the construction work petitioned for the compulsory winding up of the company, and an order was made in March 2016. Paul Stanley was appointed by the secretary of state as the new liquidator in July 2016.

Mr Stanley concluded that he and/or the company had substantial claims against Mrs Lock and her parents for almost £1.2m.

Males LJ said the claims, “strongly disputed” by Mrs Lock and her family, included transactions at an undervalue and misfeasance.

Manolete commenced proceedings against Mrs Lock, her husband and parents and her company in January 2021. Males LJ said that, subject to the outcome of this appeal, that case was ready for trial.

Upholding the ruling, Males LJ said it was clear that Mrs Lock’s interest was as a defendant in the litigation brought by Manolete, and her challenge was “not made for the benefit of creditors generally”.

Males LJ said he agreed with counsel for Mr Stanley that Mrs Lock could not “act simultaneously as both creditor and a defendant” because the class interest of the creditors was for the claims to be “upheld and turned into as much money as possible”, while the class interest of the defendants to Manolete’s claims was to “defend the claims and avoid paying as much money as possible”.

Males LJ ruled that HHJ Halliwell was right to hold that Mrs Lock did not have standing to make her application and it was not perverse of the liquidator to assign the claims to the litigation funder.