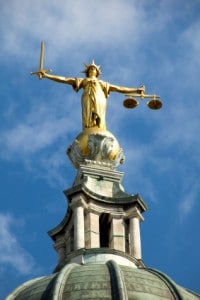 Fulford LJ: “real possibility” that meeting between client and lawyer could be misused

Legal professional privilege can be qualified in the “rare circumstances” where it is necessary to impose a requirement that other people are present at discussions between lawyers and clients, the Court of Appeal has ruled.

The case involved a mentally ill man who was already serving life sentences at Rampton Hospital for attempted murder when he attacked another patient, after admitting that he “contemplated killing his solicitor”.

Appeal judges said that in what was “likely to be an extremely narrow band of cases”, despite the “inviolable nature” of privilege, it would appropriate to impose requirements where there was a “real possibility” the meeting between client and lawyer could be misused.

The Court of Appeal heard that in advance of his most recent trial for attempted murder, Edward Brown’s solicitor wrote to the court to enable him to consult with his lawyers from a secure dock.

However, on the first day of the trial at Nottingham Crown Court, Rampton Hospital applied for an order that Mr Brown was to be accompanied by at least two nurses and handcuffed to them during any conferences with lawyers.

Mr Brown objected, on the grounds that he had “an absolute right to confidential communication with his lawyers”, but the judge agreed with the hospital.

Delivering judgment of the court in R v Brown [2015] EWCA Crim 1328 [2], Lord Justice Fulford said: “This appellant, with his particular criminal history, was charged with an extremely grave crime that it was self-evidently in the public interest to try.

“As set out above, the judge made a clear and sustainable finding that the appellant was at risk of harming himself, either seriously or fatally, if he acceded to his proposal that conferences with his lawyers should take place using an empty dock in one of the courtrooms.

“It follows that this step constituted a legitimate exception to the protection which the common law provides as regards legal professional privilege and the linked right of a person to consult a lawyer in private.”

On the last day of the trial, one of the nurses intervened during a conversation between the client and his counsel, leading to a complaint to the judge from the barrister.

Fulford LJ said: “The appellant gave evidence without a further consultation with his counsel, who took the view that it would be inappropriate to discuss matters further with his client given the denial of confidentiality.

“As set out above, during the course of his evidence, the appellant admitted that he had intended to kill his victim.”

Mr Brown was found guilty of attempted murder and sentenced to life imprisonment. The judge imposed a hospital direction under the Mental Health Act 1983.

Mr Brown appealed against conviction, on the grounds that having the two nurses present at conferences with his lawyers breached his rights at common law to consult with them privately and to a fair trial under article 6 of the European Convention of Human Rights.

However, Fulford LJ said the judge identified the “real possibility” that Mr Brown might use the meeting with his legal adviser for the “improper purpose” of inflicting violence on himself or others.

Even if the presence of the nurses constituted an infringement of his right to confidential communications, Fulford LJ said he did not consider that the jury would have come to a different conclusion if they had not been present.

He dismissed the appeal. Mr Justice Holroyd and Mr Justice Singh contributed to the judgment.