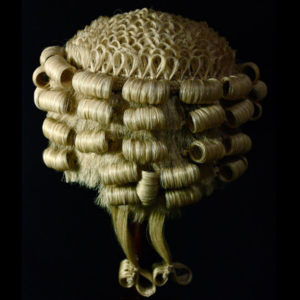 The Court of Appeal is to hear a disciplinary case which led to the Bar Standards Board being accused by Lord Justice Moses of “misleading conduct”.

The decision was upheld by the Visitors to the Inns of Court in January 2012. Mr McCarthy, now an employment law consultant, appealed to the High Court, which heard the case in October last year.

Despite criticising the BSB, Moses LJ concluded “with reluctance” that it was not necessary to quash the original decision.

Mr McCarthy told Legal Futures that he has now been granted permission to appeal to the Court of Appeal, with the hearing due to take place in December.

One of the criticisms made by Moses LJ was that the BSB failed to disclose an earlier draft version of a key witness statement. Since then the regulator has changed its policy on disclosure of documents in disciplinary proceedings.

The BSB said at the time that it was pleased that the High Court had “vindicated” its decision to prosecute. It accepted that “errors” had been made on disclosure, but said these arose at a time when it was not BSB protocol to disclose draft statements.

The regulator said it was considering its response to the latest appeal and “until the court has determined the matter we will not be able to comment further.”

In a separate development, a barrister has been disbarred for discreditable conduct after it emerged that she had previously been convicted of tenancy fraud.

Nadine Wilson-Ellis, who was called to the Bar in 2008 but never practised, was convicted at Bristol Crown Court last year.

The court heard when Ms Wilson-Ellis claimed to be an unemployed, single parent living in Bristol when she was actually married and teaching law full-time in Nottingham.

She was said to be earning around £30,000 a year, and owned two houses in Nottingham, one of which was an ex-council house which she had bought under the right to buy scheme. She sublet the council flat she rented in Bristol for £100 a week.

The fraud only came to light when Ms Wilson-Ellis applied for a bigger property in Bristol, on the grounds that she had two children.

Bristol City Council discovered that some of the documents she had supplied to support her housing claim had been altered, including the addresses on bank statements, letters from HMRC and her maternity certificate.

Ms Wilson-Ellis was sentenced to seven months in prison.

Sara Jagger, head of professional conduct at the BSB, said: “Barristers – their integrity and honesty – are at the very heart of the rule of law in this country. Although Ms Wilson-Ellis was not a practising barrister, she simply could not continue to be a member of the profession, given her conviction.”