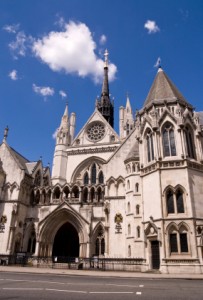 Appeal court: no costs for BSB

Anomalies in the appointment of panel members to Bar disciplinary tribunals between 2006 and 2011 did not affect the validity of their findings, the Court of Appeal decided yesterday.

Though the ruling was to refuse three barristers leave to appeal High Court dismissals of their judicial reviews, Lord Justice Jackson indicated that it should be seen as the definitive decision on this long-running issue.

“Since we have heard lengthy argument and we are a three-judge court, this judgment may be cited on future occasions, in the event that it is relevant,” he said.

In March 2012 it emerged that around 80 Bar tribunal members had not been formally reappointed when their initial terms expired but continued to sit, affecting potentially hundreds of cases.

A report by Desmond Browne QC then found there were “systemic failures” in the administration of the tribunals. The Council of the Inns of Court (COIC), supported by the Bar Standards Board, have since taken major steps to reform the system.

However, there have been a series of cases brought by barristers who claimed that decisions made against them by tribunals with time-expired members were tainted as a result.

In R (on the application of Mehey & Ors) v Visitors to the Inns of Court and Ors [2014] EWCA Civ 1630, the issue was put to the test by three barristers – Yash Mehey, Josephine Hayes and Carron-Ann Russell – all of whom had failed before the High Court.

Giving the lead ruling in the permission hearing – with which Lord Justice Ryder and Lady Justice Sharp agreed – Jackson LJ said a review of all the relevant documents showed that the scheme put in place in 2006 aimed to create a pool of barristers, lay representatives and others from which nominations to sit on disciplinary hearings and appeals could “safely and properly” be made, but that it was not placing an absolute ban on appointing persons from outside the pool.

“I do not accept the proposition that a disciplinary tribunal or a panel of visitors appointed from barristers or lay representatives outside the pool would not be independent or would not be guaranteed to be free from outside pressure.”

The president of COIC and the Lord Chief Justice appointed the members of disciplinary tribunals and Visitors to the Inns of Court appeal panels respectively. Jackson LJ said that if either nominated people who in their opinion were suitable to hear a disciplinary charge or appeal, it would constitute compliance with the article 6 right to fair trial in the European Convention on Human Rights. That action in itself would be a “sufficient guarantee” of independence.

The Divisional Court had held that even if the impugned tribunal members were not entitled to sit, they nevertheless had authority to act of de facto judges. Jackson LJ said that had the case turned on this issue, he would have granted permission to appeal – as there were argument on that issue which would require consideration – but it did not and so he did not.

He also rejected the BSB’s application for permission to appeal against the Divisional Court’s refusal to make a costs order in its favour in the Mehey and Hayes cases, which had been on the basis that COIC and the BSB had created the problem in the first place.

Jackson LJ said: “Lord Justice Moses [in the Divisional Court] said that the Bar should be at the forefront of setting standards as to how institutions should regulate themselves. I agree. I would add that instead of being at the forefront, the Bar and COIC seem to have been lagging behind. That is not acceptable.”

Mr Beaumont said: “The Court of Appeal considered that the requirement that a disciplinary tribunal be ‘established by law’ set out in article 6 of the ECHR, was still met despite the tenure of tribunal members having expired.

“In addition Jackson LJ thought it arguable that the de facto judge principle did not comply with article 14 of the UN’s International Covenant on Civil & Political Rights as a time-expired tribunal cannot be a ‘competent’ one. Miss Russell will now consider taking her case to the European Court.”