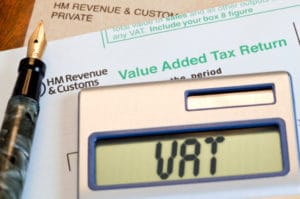 VAT fraud: Notice of abandonment was freely given

The Court of Appeal has rejected the arguments of a convicted VAT fraudster that her former solicitors pressured her to drop an appeal that included a claim that they represented her badly and helped land her in jail.

Jilan Moore took over the financial running of a Chinese restaurant in Grimsby following the death of her husband in 2013.

She was found to have used figures in her VAT returns which falsely understated the profits of the business, cheating the taxman of £85,000.

She was convicted of five offences of fraudulent evasion of VAT at Lincoln Crown Court in March and jailed for two years.

Moore appealed in May, criticising the manner in which her trial had been conducted by her “former” solicitors, among other complaints. They were not named in the appeal ruling.

However, the following month, the solicitors submitted a notice of abandonment of all her proceedings in the Court of Appeal, together with a note of instructions from her confirming this.

Two days later, the court received a phone call and email from a officer at the prison where  Moore was held, asking the court not to abandon the appeal because she felt “under pressure” from her solicitor.

Lord Justice Holroyde recounted: “On that same day the applicant herself wrote to the court, asserting that the solicitor had told her that he would not continue to act for her in proceedings under the Proceeds of Crime Act 2002 unless she agreed to abandon her appeal.

“She said in her letter that she felt she had no choice and so had reluctantly agreed to sign instructions to abandon.”

However, with privilege waived, her solicitor gave a very different account, saying he explained the contents of counsel’s advice, which was that there were no arguable grounds for an appeal.

“He says that the applicant then gave clear instructions that, now that she understood the process, she wished to abandon her appeal.

“The form which she signed not only gave the instructions to abandon the appeal but also confirmed that she had not been put under any pressure.”

Holroyde LJ went on: “We have anxiously considered this situation. We are satisfied that the applicant did make a deliberate and informed decision and that her mind did go with her act when she signed the note of instructions to abandon the appeal, albeit that she changed her mind soon afterwards.”

He said counsel’s advice contained “cogent reasons why any appeal in this case would be hopeless”.

Further, Moore did in fact have a choice. “No doubt, with the constraints of time and the worrying prospect of the confiscation proceedings, her position was an awkward one.

“But she had, after all, had no difficulty in making complaints about her lawyers in her written grounds of appeal and she could, if she had wished, have maintained those complaints and dispensed with the solicitor’s services.”

The court held that the notice of abandonment was a “free and effective” act and could not be withdrawn, adding: “Her subsequent change of heart came too late to assist her.”