Apology appeases court after yet another judgment embargo breach 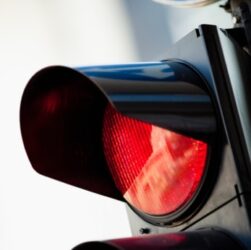 The High Court has accepted an apology from a party which broke an embargo on a ruling, in the third such case in the space of just two months.

Here, the client sent out a press release about the ruling to certain journalists the day before it was handed down, albeit under a strict embargo itself.

He said Bristows partner Jeremy Blum took “robust steps to ensure that his clients were aware of the obligations of confidentiality surrounding the draft judgment and that they should not take any steps until after the formal hand down”.

In March, Master of the Rolls Sir Geoffrey Vos warned that lawyers who broke embargoes risked contempt proceedings, after Matrix Chambers accidentally issued a press release a day before a ruling was handed down.

Last month, a City solicitor who celebrated a victory with a WhatsApp message which accidentally broke a Court of Appeal embargo apologised to the court.

Mr Caddick recounted how he distributed his draft judgment finding in favour of the claimants, fellow dating website Match, in relation to their claims of trade mark infringement and passing off.

Very shortly before the formal handing down, the judge was told that Match had been approached for comment by journalists who were aware of the outcome of the case.

It emerged that, having received the draft judgment but before forwarding a copy, Mr Blum called his client and made it very clear that Mr Younas should not tell anyone about the outcome of the case without discussing it first with him. He reinforced this in the subsequent email.

Later the same day, Mr Younas asked Mr Blum to arrange to file applications to register new trade marks, but the solicitor declined, saying this would breach the embargo.

Mr Caddick said that “no blame attaches to Mr Blum or to Bristows in relation to what has occurred”.

Mr Younas distributed the draft ruling to four employees, emphasising that that the outcome was confidential and should not be shared with anyone. But he did not first check with Mr Blum, which the judge said was “surprising”.

Nonetheless, Mr Caddick found that the internal disclosures were not in breach of the embargo as they were needed to prepare submissions on the judgment, agree orders on consequential matters and prepare themselves for the publication of the judgment, including drafting a press release.

Where Mr Younas went wrong was in contacting 10 journalists on the day before hand-down, offering to provide them with a copy of the press release, provided they agreed to comply with the embargo. Again, he did not tell Mr Blum.

The judge said: “In his statement, Mr Younas makes clear that he is deeply remorseful and wholeheartedly apologises to the court for his actions regarding this disclosure of information to journalists.

“His explanation is that he honestly believed that he could communicate the outcome of the case and share a press release with journalists provided it was done on a strictly confidential basis and provided the information was not published before the judgment was formally handed down.”

Mr Caddick said he found this explanation to be “more than a little surprising given the lengths to which Mr Blum had gone to make the need for confidentiality clear” – as well as the warning at the top of the draft judgment.

But whilst the breach was “serious”, the judge decided it was appropriate to accept Mr Younas’s apology.

“In reaching this decision, I bear in mind that, whilst I was surprised by Mr Younas’ mistake, I accept that it was a genuine mistake.

“In this regard, I note that Mr Younas went to some lengths to emphasise that the journalists should respect the embargo…

“The fact that he did this suggests that, however mistakenly, he did not realise that he was himself breaching the embargo by providing the journalists with the press release.”

Costs will be decided at a hearing later this month, but the judge indicated he was likely to order that the defendants pay Match’s costs in relation to the embargo breach on the indemnity basis.