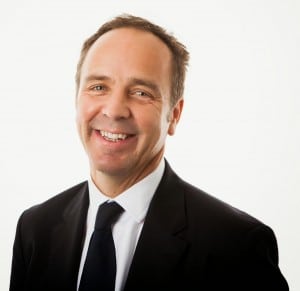 The Association of Personal Injury Lawyers (APIL) has successfully complained about an advertisement broadcast by high-profile Liverpool law firm Hampson Hughes that said claimants would receive £2,000 “up front”.

In the latest skirmish in the battle over law firms offering ‘inducements’, the Advertising Standards Authority (ASA) ruled that the advert was misleading because it was “likely to create an impression that consumers would receive the payment sooner than would be the case for most clients”.

It ordered that the advert must not appear in its current form and that the firm should not use the claim “up front” to describe the £2,000 advance payment in future.

APIL said the advert breached its own code of conduct.

This is the second time in six months that Hampson Hughes has been on the wrong end of an ASA adjudication; the last time was over a failure to make it clear to potential clients that the offer was subject to significant qualifications.

A ban on cash or other inducements to make a personal injury claim is currently going through Parliament.

APIL president John Spencer said: “APIL has a code of conduct for its members to adhere to, which exists to protect injured people as consumers of its members’ services. In this case, the association found Hampson Hughes’s advertisement to be misleading and therefore in breach of the code.

“It is extremely important that injured people understand their own responsibilities when bringing claims for compensation, the seriousness and difficulty of the process, and the fact that the amount of compensation they are likely to receive is tightly controlled, and certainly no ‘windfall’.

“Advertising plays a role in helping injured people to find the help they need, but also in nurturing the wider public’s understanding of personal injury. APIL has said for many years that there is a very real need for tighter regulation of advertising in the personal injury field, as well as clearer guidance from the ASA.”

Paul Hampson, joint managing partner of Hampson Hughes Solicitors, said he respected the ASA’s decision, but was disappointed by it as the wording had been approved by Clearcast, which vets adverts before broadcast.

“We have now replaced the term ‘up front’ with ‘advance’ when referring to interim payments in our current advertising. We hope this will offer greater clarity for our customers who remain our number one priority.”

However, he said that “to date we haven’t received any complaints regarding the term ‘up front’ with the exception of APIL. We note their position is policy linked and ours rests with the SRA’s stance that incentives are permitted”.

In the advert, which has now been amended, a male character is singing about an accident he had. During a break in the song, he holds a cheque for £2,000 and says: “£2,000 up front? Cool!” On-screen text at the bottom right of the screen states: “On eligible cases, Ts & Cs apply.”

The firm responded that APIL was wrong to assume that all cases were alike with similar timeframes in the settlement process. It said all new clients affected by non-fault accidents received a medical assessment within two weeks of initial instructions, with the majority receiving the full advance payment of £2,000 within four weeks.

Clearcast told the ASA that it considered the most important factor to be that the payment was made before a full case decision had been reached and was therefore “up front”.

The ASA said that although consumers were unlikely to interpret “up front” to mean they would receive the payment on giving initial instructions, they were likely to believe that it “referred to a point in time that was soon after they agreed to being represented by Hampson Hughes”.

The adjudication continued: “On this basis and in light of the fact that the ads did not specify the conditions of eligibility, which would otherwise allow consumers to determine the likely timeframe, we considered that consumers, upon viewing the ads, while expecting some degree of work to be carried out by Hampson Hughes Solicitors in order to assess their eligibility, would reasonably expect to receive advance payments for which they were eligible soon after the commencement of the process.

“We acknowledged that each case and client would be different and therefore the timeframe of the process would differ depending on individual cases and the parties involved. However, we considered that the offer of an advance payment by the advertiser would be a material factor that consumers would take into account in their decision to enter into a transaction with Hampson Hughes over other firms.”

The ban on inducement advertising is one of the issues that will be debated at next month’s PI Futures conference. Click here for more details.