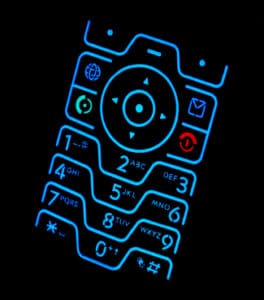 The Association of Personal Injury Lawyers (APIL) is set to launch a campaign to persuade the government to ban claims management companies (CMCs) from cold-calling consumers over potential claims.

‘Can the spam’ is part of the push to convince ministers that there are other ways of tackling problems in the PI industry short of the reforms it is proposing.

APIL has long called for such a ban – which would bring CMCs in line with solicitors – and members at today’s APIL conference will hear that the social media campaign will invite people to send the association details of their spam calls and texts so it can pass them on to the regulator for them.

A spokeswoman explained: “The government is linking the need to remove general damages for whiplash with the ‘claims culture’ recently defined by justice minister Dominic Raab as cold-calling and ‘other social nuisances’.

“Spam calls and texts exploit vulnerable people. They are tasteless and intrusive and bring the whole sector into disrepute.”

Speaking at the conference yesterday, civil justice minister Lord Faulks outlined the work the government was already doing “to tackle the problem of nuisance calls” – including making it easier for the Information Commissioner to take action – but did not address cold-calling.

In an interview with Legal Futures, new APIL president Neil Sugarman questioned whether the government had considered the unintended consequences of its proposed increase in the small claims limit for PI to £5,000, which would likely see CMCs move into such cases as solicitors exited. This could lead to even more cold-calling, he predicted.

The Solicitors Regulation Authority requires firms to ensure that CMCs that provide them with work comply with its ban on cold-calling, and Mr Sugarman said firms needed to have “robust mechanisms” in place to ensure that this was the case.

Meanwhile, during a debate at the conference, David Williams – technical director at insurer AXA – argued that the changes being proposed by the government reflected public dissatisfaction with cold-calling and the ease of making a claim, rather than insurer lobbying.

This was why the government was moving the focus from fraud to ‘unnecessary’ claims, he continued – although in answering a question from the floor earlier in the day, Lord Faulks had struggled to define exactly what an unnecessary claim was.

Mr Williams said whiplash claims were seen by many people as “free money”, because they had not suffered any real consequences from their accident. “I cannot understand why people in this room can’t see that there are a large number of whiplash claims that are, in the word of Lord Faulks, unnecessary,” he told delegates.

Also on the panel, Law Society chief executive Catherine Dixon responded that if the damages paid to such claimants were inappropriate, insurers should not have agreed to them.

Mr Williams – who said he supported a ban on pre-med offers and on penalising inappropriate behaviour by defendants as well as claimants – told claimant solicitors that he believed they had already lost the argument over raising the small claims limit.

Their focus instead should be on the proposed ban on general damages claims in low-value whiplash cases. “Defining ‘soft tissue injuries’ may be mission impossible,” he said.