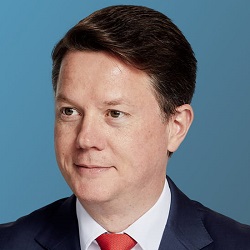 Broadening the exposure of its solicitors to new barristers, to avoid them just instructing the same counsel repeatedly, is among the initiatives City giant Allen & Overy is using to improve the diversity of those it instructs.

The firm is also looking to ensure its lawyers do not use “gendered language” when commenting on barristers for legal directories.

David Stone, global head of intellectual property, said he was struck by the need to use the firm’s buying power to improve the diversity of counsel it used when sitting in a trial in the Rolls Building four years ago and realising that the only woman among the 20 people in the courtroom was the transcriber.

He now convenes a roundtable with the 15 sets the firm uses the most every six months to discuss diversity and inclusion.

Among the initiatives is inviting junior barristers from diverse backgrounds, who often found it harder to build networks, to networking receptions at Allen & Overy’s offices.

Barristers often hid the fact they worked flexibly or were returning to work after a break, he explained.

“We have said to them ‘please be honest with us’. We can help by not asking you for work on a certain day or doing our best to instruct returning barristers.”

As well as asking for diverse shortlists of junior barristers, rather than allowing QCs to pick their own juniors.

Many solicitors reported that they just re-instructed the barristers they had used before he said, so barristers from diverse backgrounds not known to the firm are now invited to come and provide training, as a way of getting to know them.

“This has helped enlarge and diversify the colleagues at the Bar we will look to in future,” he said.

He said the law firm carried out its own research to see if the belief that male and female barristers were described differently in the directories was justified.

The research found that men were often described using language relating to war, such as “battle-hardened”, or cars, such as “the Ferrari of cross-examination” or the “Rolls Royce of pleadings”.

Different language was used for female barristers, such as “client-friendly” or “easy to work with”.

Mr Stone said male and female barristers were described differently even if they had the same amount of experience and even if they were at the same chambers.

As a result, lawyers at Allen & Overy had been told “to be mindful of not using gendered language” when giving feedback.

Mr Stone said clients were becoming increasingly demanding in terms of asking the law firm for information on diversity and inclusion, whether at regular meetings with larger clients, on presentations for law firm panels or pitches for other work.

The requests ranged from general information on “what we’re up to” to “specific requests about the protected characteristics” of the firm’s staff.

Mr Stone said the proportion of women at the commercial Bar was lower than for the Bar as a whole and everyone wanted to see the pay gap between male and female barristers improved.

He added that Allen & Overy was “operating a carrot, rather than a stick approach” towards the barristers it instructed, and taking a “collaborative, information-sharing” approach.

“I hope that by working with barristers’ chambers over time we can help keep more diverse juniors in the profession.”