Anxiety among aspiring solicitors has “skyrocketed” 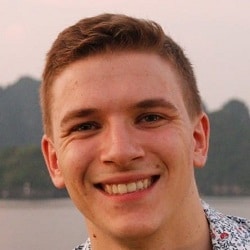 Anxiety among aspiring solicitors has “skyrocketed” as a result of the Covid-19 crisis, a survey has found, with 75% of trainees and paralegals expecting it to lead to “significant job losses at my level of seniority”.

The news came as healthcare charity LawCare predicted a surge of calls to its helpline because of the pandemic.

The survey was carried out by Harry Clark, a legal podcaster and blogger who has secured a training contract at City firm Baker McKenzie. He ran an online survey of over 400 aspiring solicitors, trainee lawyers and paralegals last month.

Mr Clark commented on Twitter that “unsurprisingly, stress and anxiety have skyrocketed for many students”, amid concerns about future employability and differing approaches by educational institutions.

“Junior lawyers want to be more of a part of the decision-making process and more clarity from institutions than they’re getting now.”

Over 80% of students who had not secured traineeships or other roles thought Covid-19 had reduced the number of job opportunities they could apply for.

A slightly smaller majority, 75%, thought the crisis had restricted their ability to sell themselves, for example by having to go through video or telephone interviews rather than face-to-face.

A similar amount agreed that Covid-19 would disrupt when they hit career milestones, making them look “comparatively ‘worse’” than those a few years ahead of them.

One student commented on summer work placements: “I secured several work placements for summer 2020, all of which have been cancelled entirely due to the pandemic.

“I feel extremely disheartened because as a student from a disadvantaged background, attaining work experience was the only other thing that could enhance my CV and ensure I am in a better position when I go on to apply for training contracts this summer.

“Now I will go into applying for training contracts with zero legal work experience, not for lack of trying, but because they have all been cancelled.”

Another commented: “When this all kicked off, I was interviewing with five firms. Now, nothing. It’s a terrible time to be unemployed.”

There were complaints too about the online teaching that law schools have introduced as a result of the crisis.

“No consideration has been given to those students who do not hold training contracts and are paying for the course out of their own pockets.

“The course that they decided to pay for was not an online self-study course, and those who started in January are facing doing the whole of the LPC online.”

Mr Clark said: “In addition, students from low-income households believe their voices have not been heard regarding the practicality of do-at-home assessments – that not every student has ‘their own study space’ or access to resources such as webcams and microphones for e-proctored assessments. and lack of resources.”

A large majority of trainees and paralegals (more than 75%) thought the crisis would cause “significant job losses at my level of seniority”.

A larger majority (83%) thought the crisis would make it difficult to explore “other opportunities” outside their existing role.

One said simply: “Being in the first three months of my training contract is very stressful. It was always referred to as my probation period. I was there only three weeks until I was sent home and I haven’t been told if my job is even safe or not.”

Another complained of lack of guidance from the SRA about being furloughed during a training contract.

“I received vague guidance from the SRA especially saying the decision was that of our training principal but this may not be reasonable if furloughed for an extended period of time.”

On the positive side most trainees and paralegals (65%) enjoyed working from home and 78% wanted remote working to be more available to them in the future.

One said: “I think now that firms have seen how easy it is to allow more flexible working, they’ll start to embrace it. This will be good for the profession.”

Another highlighted one of the challenges with working from home: “I have also noticed many people starting earlier or later than usual and think it is much harder to have boundaries between work and home life.”

Separately, LawCare has reported that 37% of the 130 people who have called it since 10 March (48 people) had issues related to Covid-19.

The top three issues concerning legal professionals were not being permitted to work from home, financial issues due to furlough/pay cuts or lack of work, and worsening of existing mental health conditions.

Other problems included relationship strain, childcare issues and being asked to work whilst on furlough.

Chief executive Elizabeth Rimmer said: “We feel this is very much the tip of the iceberg and anticipate in the coming weeks more and more legal professionals will contact us as the emotional and financial impact of the pandemic begins to really hit home.

“We would like to remind all legal professionals, including support staff, they can contact us for free, in confidence, to discuss anything that is bothering them.

“Talking through your problems with one of our trained staff and volunteers, who have all worked in the law themselves, can really help.”

Today, meanwhile, The Solicitors’ Charity (what used to be called the Solicitors Benevolent Association) revealed a substantial increase in the proportion of claimants declaring poor mental health – from 19% to 32%.

The charity, which awarded nearly £1m to 292 solicitors and/or their dependants last year, has recently launched a £1m personal hardship fund to support those affected by the coronavirus.

“I think there’s an element that people are increasingly more comfortable sharing that they are struggling mentally, whereas previously it was still something you wouldn’t talk about. This brings confidence that the wider message of talking about mental health is working, although it doesn’t provide a solution.”

He added that the charity has already processed payments for the initial applicants of the hardship fund, details of which can be found here.