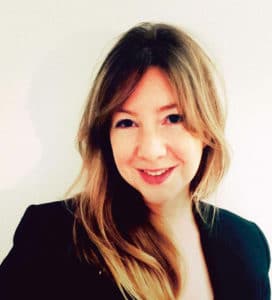 A charity that provides legal help to the victims of trafficking and slavery has created a law firm to service immigration and employment law private clients, with the aim of funding its charitable work.

ATLEU’s six solicitors will also do private work for the firm and will in future employ dedicated staff if demand requires it.

Other charities have set up separate alternative business structures – the Community Advice and Law Service in Leicester has Castle Park Solicitors, with the aim of profits going to the law centre, and spinal injury charity Aspire created a joint venture with law firm Moore Blatch – while the Centre for Criminal Appeals, a charity dedicated to investigating and working to overturn miscarriages of justice, turned itself into a law firm.

Saltworks spokeswoman Marsha Lowe, an ATLEU senior project manager, said the charity had done “trial-runs testing the idea” and was confident private work would come in, with any profits going to the charity.

She said: “Obviously we don’t need to generate huge profits… I think we can generate enough to put ATLEU on a more sustainable footing. That’s our main concern.”

Ms Lowe added the charity had done some private work for ex-trafficking clients at a reduced rate, but Saltworks was aiming “at a completely different market”.

Social welfare solicitor and ATLEU co-founder Victoria Marks told Legal Futures that the charity had been involved in high-profile race discrimination and employment cases and “we see no reason why those same services don’t have a lot to offer in the private sector”.

Several of the charity’s solicitors have worked in private practice. For instance, Emily-Anna Gibbs was a solicitor for several years at Freshfields Bruckhaus Deringer and Carita Thomas joined the charity from Sheffield firm Howells. Jamila Duncan-Bosu has experience in private claimant and respondent employment work.

Ms Marks said the work done by ATLEU was “very transferable” to private practice. “It’s simply a matter of transferring that expertise to a different vehicle.”

She said she hoped the work of the charity would also be a draw for private clients. “We are hoping that we will attract ethically-minded clients… When people come to Saltworks, we are not only going to be able to offer them good-quality legal advice and representation, but they will also know it will be reasonably priced and any profits will be going to support a charity.

“I think there are a lot of people out there who would be pleased with that idea.”

She continued that although Saltworks would “grow probably relatively slowly, at least to begin with, because of the demands of ATLEU on our time”, in time the firm would “allow us to improve infrastructure within the charity”.

While other not-for-profit legal organisations had sought to compensate for the loss of legal aid and subsidise their rates with private work, she said: “We are not trying to fill any gaps in legal aid – we are offering this to an entirely separate group of people and the sole purpose really is to be able to support our legal work.”

ATLEU had donations and grants from different organisations and charitable foundations, while legal aid contracts provided “a little over 50% of our costs”, she said.

The Home Office has estimated there may be as many as 13,000 people held in slavery in the UK. In a statement, ATLEU complained that the number of lawyers able to support these victims has reduced significantly, which it blamed on cuts to legal aid funding and “because it is so difficult to get funding to help victims”.