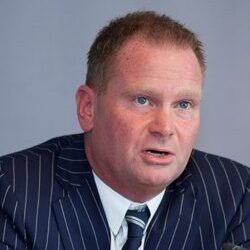 One of the Pure Business Group companies that avoided administration last year finally succumbed last month but has been bought in a pre-pack sale.

Liverpool-based Pure Legal Costs Consultants (PLCC) has been sold to a new company called Your Legal Costs (YLC). All 49 employees have transferred over.

YLC has paid an initial £58,600 and is to pay a further £76,688 on a deferred basis, a total of £135,288; YLC has agreed to assist the administrators, Alvarez & Marsal, with debt collection and the deferred consideration will initially be settled via a deduction in the debt collection fees due to YLC.

Alvarez & Marsal said a “number” of PLCC’s directors would be directors of YLC, but at the moment the only one listed at Companies House is David Kirby, who was Pure Business Group’s finance director.

YLC was the only potential purchaser to offer to buy some of PLCC’s business and assets; others were just interested in buying cases.

Alvarez & Marsal said the pre-pack sale “was considered to offer the best value for creditors as a whole, whilst protecting the company’s main assets”.

PLCC was put into administration by Time Invoice Finance, its main working capital provider. It supplied funding by way of a confidential invoice discounting facility against a personal guarantee from Pure group boss Phil Hodgkinson.

Time had a fixed and floating charge in place since 2017 and at the time of Alvarez & Marsal’s appointment was owed £262,000. NatWest was owed nearly £40,000 under the overdraft it provided PLCC, which was also secured.

PLCC’s other secured lenders were Close Invoice Finance and Novitas Loans; neither funded PLCC directly, supporting other group businesses instead, but their security was by way of cross-guarantees.

The administrators’ report said PLCC was “already facing certain liquidity challenges and increasing creditor pressure” before the Pure group went into administration last November [1], in particular because of around £1.8m of accrued arrears to HM Revenue & Customs throughout the pandemic.

A time to pay arrangement in principle was agreed with HMRC, along with the wider group.

However, these challenges were worsened by the group’s insolvency, “primarily due to the removal of all intercompany turnover and large intercompany balances which were not able to be repaid within the planned timescales.

“As a result, the company was unable to make all payments due to creditors as and when they fell due and began to operate on a critical payments basis whilst assessing its options.”

This led Time to instruct Alvarez & Marsal to look at the options, which it said it quickly ascertained were “limited”. John Noon and Paul Flint were formally appointed as administrators on 24 January and made the sale the same day.

They said Time would be repaid in full, while at this stage NatWest was unlikely to receive anything. The arrangements being made for the wider Pure group “suggest that there should be no reason” for Close and Novitas to call on the security they hold in PLCC.

As for preferential creditors, the £14,000 in pension arrears should be paid in full, while HMRC should receive a dividend for the £1.7m it is owed, “but the amount is yet to be determined”.

Unsecured creditors, who are owed £275,000, are unlikely to receive a dividend at the moment. HMRC is the largest, owed a further £120,000. Huddersfield Town, which Mr Hodgkinson owns, is owed £24,000 while fellow football club Liverpool is owed nearly £15,000. Kenworthy’s Chambers in Manchester is owed nearly £20,000.