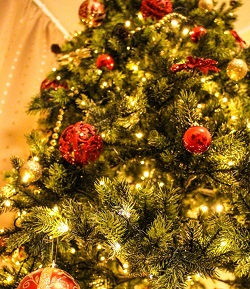 Another male solicitor has been rebuked for inappropriate behaviour to a female colleague at his firm’s Christmas party, following two similar incidents last month.

Simon Paul Glazebrook was at the time a director and solicitor at Progeny Private Law in Leeds and the Solicitors Regulation Authority recorded that at its Christmas party last year, “Mr Glazebrook, whilst intoxicated, behaved in an inappropriate, physical manner towards a female employee”.

The firm investigated and Mr Glazebrook offered an apology to the employee. He resigned nine days after the incident, following which three other employees “reported comments made previously by Mr Glazebrook which they considered to be inappropriate”.

Mr Glazebrook, now a private client solicitor in the Bradford office of Schofield Sweeney, admitted that his conduct breached principle 6 of the SRA Principles, the obligation to “behave in a way that maintains the trust the public places in you and in the provision of legal services”.

In mitigation, the solicitor said he had apologised for his behaviour at the Christmas party, was remorseful and “promptly accepted that his conduct was inappropriate”.

“He is remorseful and accepted that the comments made previously to the three additional employees at the firm were inappropriate. He offers an apology to those individuals for the offence he caused them.”

Mr Glazebrook also said that he has sought professional support, and “has taken, and continues to take various steps to modify his behaviour for the future”.

The SRA said the outcome was appropriate because Mr Glazebrook’s conduct was reckless and “the agreed outcome is a proportionate outcome in the public interest”.

Last month, John Burnand, then a partner at London law firm Winckworth Sherwood, was rebuked after harassing female colleagues while drunk at its Christmas party.

Richard Lacey, a former partner at Liverpool criminal law firm Parry Welch Lacey, was also rebuked after receiving a police caution for punching a female colleague in the face while socialising with work colleagues in the run-up to Christmas.