Another acquisition for Simpson Millar as growth strategy kicks in 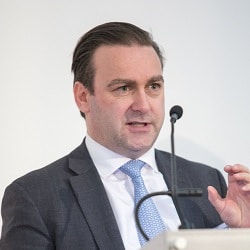 Private equity-owned national firm Simpson Millar has increased its staff to over 500 and extended its reach in the North-West with the acquisition of a Lancaster-based general practice.

The acquisition is the second since Simpson Millar launched its £50m five-year growth strategy with new owner Doorway Capital in September and bought Liverpool firm EAD.

Chief executive Greg Cox said the purchase of JWK – which has further offices in Southport and Morecambe – would make Simpson Millar one of the largest consumer law firms in a region stretching from north Merseyside to Cumbria.

JWK carries out a wide range of legal work, including commercial, conveyancing, family, employment and some personal injury. It has 13 solicitors and over 50 staff.

Mr Cox told Legal Futures the purchase did not mean that Simpson Millar was turning away from personal injury work, but that under the strategy agreed with its new owner, the firm would reduce the proportion of its work attributable to personal injury and clinical negligence from 60% to 50% over the next five years.

“Simpson Millar is a lot more diverse than other firms with a name for personal injury work, and that diversity is going to increase. Acquisitions should not be done in a vacuum, but with our strategic purpose in mind.

“If the right personal injury and clinical negligence firm was interested in being acquired by us, then we would consider it, as long as we could fit them into our overall journey.”

Mr Cox said Simpson Millar would continue to grow its personal injury work, but not as fast as other kinds of work. He said there were no further acquisitions lined up in the next few months, but more would follow later in 2019.

He said the firm’s new website and corporate identity, launched this week, which changes the firm’s colours from red to green and labels the firm ‘The open lawyers’, was an attempt to get across the message that Simpson was an “open law firm”.

He went on: “We expect our staff to be upfront about cost, prepared to work outside office hours and be open with their clients.”

On the rules being introduced by the Solicitors Regulation Authority on Thursday this week, which require firms to publish prices for a range of common consumer transactions, Mr Cox said his firm was “ahead of what is required”.

He went on: “What we do this week on prices will be a start. We are going to say a lot more next year about prices and the way we engage with clients.”

Mr Cox said this would include some additional fixed price products, along with clear and transparent advice for clients so they could understand pricing and the range of funding options available to them.

Speaking at last week’s Legal Futures Innovation Conference, Mr Cox suggested that, in time, Simpson Millar could in time become a listed company, having been part of Fairpoint Group until it collapsed in 2017.