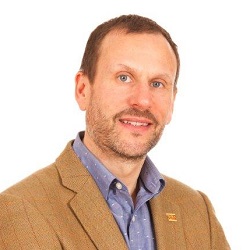 The vast majority of members of the public (93%) want a total ban on cold calling and unsolicited texts, with the restrictions imposed three years ago proving ineffective, a survey for the Association of Personal Injury Lawyers (APIL) has found.

More than half (55%) of 2,068 adults polled by YouGov said they had received unsolicited calls or texts about making a personal injury claim in the past year, with 43% saying it had made them feel “angry”.

APIL published the survey on the third anniversary of the Financial Guidance and Claims Act 2018, which banned live unsolicited direct marketing telephone calls in relation to claims management activities, except where the recipient has given explicit consent to receiving them.

The Information Commissioners’ Office, rather than the Financial Conduct Authority, was chosen to enforce the ban.

YouGov estimated that nationally, 29m adults in the UK received 249m cold calls or texts over the past 12 months.

Only 3% of those surveyed opposed a total ban on cold calls, while 93% supported it – a figure which rose to 97% for those who had received a call.

Eight in ten adults said they were “annoyed” by the calls, 43% were “angry” and 14% “disgusted”, although a significant minority (11%) described themselves as “amused”.

Only 2% of people made personal injury claims as a result of cold calls or texts, but researchers said this could have resulted in half a million claims, given that 29m UK adults received a personal injury cold call/text in the last 12 months.

Mike Benner, chief executive of APIL, said it warned in 2018 that the ban would not work and injury calls and texts has since then continued to be the biggest cause of complaints to the Information Commissioner’s Office, each year by a considerable margin.

“It generates the false perception that obtaining compensation is easy, even when there is no injury. It brings an often very serious issue – needless injury and the need for redress − into disrepute.

“Solicitors are banned from cold calling for personal injury claims and we fully support this. Unfortunately, claims management companies are still free to contact people provided they have given consent.

“Both plain common sense and this research tell us that no-one will agree to be called about a personal injury claim.

“An opportunity was missed to impose a proper ban on these tasteless and intrusive calls and texts, but it still could be put right.”