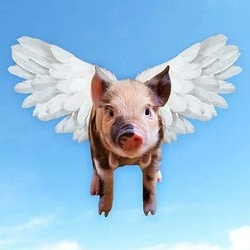 Trough words from the Bar Council

The Bar Council has come out fighting after the Lord Chancellor told the Today programme that there was “a lot of support” from the legal profession for extending court sitting hours to help recover from the Covid-19 pandemic.

Meanwhile, chair Amanda Pinto QC likened the government’s consultation over extended operating hours while telling the media it had already decided to go ahead to being “dumped on Twitter rather than face to face”.

Speaking about extended hours and also so-called Blackstone courts so that more cases could be handled, Mr Buckland told BBC Radio 4: “There is a lot of support for this from not just the judiciary but from the professions as well and indeed everybody with a deep interest in the criminal justice system.”

In a message to barristers later yesterday, Ms Pinto accused Mr Buckland of being “determined to introduce extended operating hours in our courts under the guise of it being a method of tackling the backlog”.

Noting that the results of the flexible operating hours pilot – which finished earlier this year – have not yet been published, she said the government was trying to “rush through plans for inconvenient court hours and even weekend court sittings”.

She continued: “The [Ministry of Justice] asked us to participate in groups supposedly to consider the viability of extending sitting days; but it is already telling the media that this is a fait accompli.

“This doesn’t feel transparent let alone respectful of those who are trying to engage positively to help. Is this what it’s like to be dumped on Twitter rather than face to face?”

Ms Pinto said the Bar Council could not support extended hours “without reliable evidence that they will enable far greater volumes of work actually to be achieved”.

She said better listing to make full use of the court estate and part-time judges would be far more effective.

“It is clear from the opposition to extended operating hours from the Bar and beyond, that it will have a detrimental impact on many barristers and court users, especially those with caring responsibilities which have become even more challenging in light of Covid-19.

“It is also inevitably going to affect disproportionately those at greater risk from the virus, such as BAME barristers.

“Many practitioners do not have a choice about doing these hours – they simply cannot – quite apart from those who would find them inconvenient or challenging. I am unclear where the Lord Chancellor has got the idea that the Bar gives ‘overwhelming support’ for extended hours. It certainly isn’t from the Bar Council.”

She said unpublished data from the Bar Council’s latest survey showed that one-third of the Bar has been “shielding/self-isolating/vulnerable/caring for those self-isolating or vulnerable and a further third are the primary carer for children”.

She continued: “How are they to manage extended court hours? Not a choice, an impossibility.”

The Bar Council has published short guidance to help the court and parties deal with counsel who cannot attend court in such circumstances.

“We intend that the unfortunate but real repercussions of Covid-19 on barristers can be appropriately considered by the courts without embarrassing anyone or breaching GDPR requirements,” Ms Pinto said.

The guidance says that sensitive personal issues are “generally better dealt with and agreed informally between counsel before they are presented to the court”.

But should a formal representation be made to the court, it must include the consent of the client and can only be taken into account if it is shared with the other parties, subject to any appropriate confidentiality provisions.