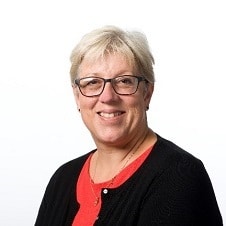 Nearly half of legal regulators do not undertake enough supervision of anti-money laundering (AML) efforts, according to the organisation set up to scrutinise them.

The Office for Professional Body Anti-Money Laundering Supervision (OPBAS) said it was due either to lack of resources, structure or focus at senior levels.

However, the main legal regulators have been more successful at ensuring AML rules were observed by lawyers than their accountancy counterparts, almost all of whose representative bodies have been afraid of losing members if they are enforced too tightly – a feature, perhaps, of not having standalone regulators as in the legal sector.

Publishing the broad findings of its first year assessment of the 25 legal and acccountancy regulatory bodies it supervises, OPBAS said that accountants were downplaying the risks their members faced from organised criminals.

The legal regulators it supervises are those for solicitors and barristers in England and Wales, Scotland and Northern Ireland, as well as CILEx Regulation, the Council for Licensed Conveyancers and the Faculty Office of the Archbishop of Canterbury, which regulates notaries.

The Law Society, Bar Council and Chartered Institute of Legal Executives were also visited by OPBAS, but as they delegate their regulatory responsibilities, they were not assessed on their risk-based approach, supervision or enforcement.

Rather than issue a granular breakdown of the performance of each regulator, OPBAS published ‘themes’ – conclusions which lumped many of them together.

It found the AML supervision overall was “variable”, with some clearly better than others.

In relation to governance, legal regulators scored poorly on having a clear allocatation of responsibility for managing their AML supervisory activity, and for keeping their advocacy and regulatory functions separate and ensuring they manage conflicts of interest.

However, they did much better on quality assurance and senior management engagement.

Other areas where legal regulators scored poorly were risk profiling their supervised population, having an adequate whistleblowing policy or an intelligence-handling policy, and providing internal training on suspicious activity reports and whistleblowing.

OPBAS said it has asked all the regulators “to develop a suitable strategy to address our findings through individual plans”.

In a speech introducing the key findings, OPBAS director Alison Barker said the accountancy sector and many smaller regulators were more focused on representing members than “robustly supervising standards”.

She put this down partly to disbelief, or alternatively, wilful self-deception, that their membership had been targeted by criminals, perhaps because they would “walk” – that is, go elsewhere for their regulation – if scrutinised too intensively.

Equally, Ms Barker said, the attitude of regulators meant they were not sharing intelligence enough.

“We found that some did not fully understand their role as an anti-money laundering supervisor. [Some 23%] had no form of supervision. 18% had not even identified who they needed to supervise.

More than nine out of 10 were not applying a fully risk based approach, nor had they collected all the data they needed to form a view about their riskiest members.

However, she acknowledged the larger regulators had “well-established supervision functions”, including one of them using artificial intelligence and data analytics to pinpoint risk – this is almost certainly the Solicitors Regulation Authority.