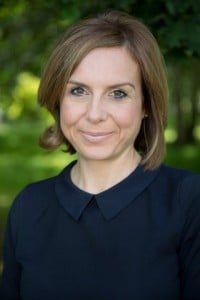 A counsellor and a tech entrepreneur are launching an app to help couples going through separation or divorce, and cut down on the need for lawyers and the amount spent on them.

The ‘amicable app’ has been developed by Kate Daly, a divorce counsellor and Pip Wilson, a tech specialist who sold her stake in a consultancy last year. The first version of the app will go live at the end of March.

“The more we can make divorce a straightforward process, the better,” Ms Daly, co-director of Amicable Apps, said. “We’re not going to stop divorce, but we’ve got to get better at it.”

Ms Daly said the aim of the app was to help people reach an amicable divorce, save on legal fees, divide assets and make arrangements for children.

The first phase of the app will help people assess their readiness to separate or get divorced and set goals, using “very simple” questions.

“Our focus is on making things easier for the user,” Ms Daly said. “Their emotional and physical energy is required elsewhere.

“Readiness for change and goal setting lay the foundations for the trickier issues later on. It gives people an early opportunity to practice their negotiation skills on things that are less critical. There’s nothing else out there that does that.

“You can do it on your own or collaboratively with your partner. Users can control how much they want to share with their partner or keep private.”

Following the launch of the first phase of the app, with the first version in March and the second in July, Ms Daly said Amicable planned to integrate “e-negotiation software”, in partnership with an international software company, by the end of this year.

Ms Daly said people using the app could seek help through live chat or Skype at any time and she had access to a network of mediators, counsellors and family advisers.

“Some form of mediation, most often in the negotiation phase, can be really helpful to get people over the final hurdle.”

She said that if legal advice was needed, the app could make it “easier to hear” and users will “already saved a lot of time, energy and money”.

She added that the app aimed ultimately to provide an end-to-end service, by linking with a legal document system.

Ms Daly said the app would be funded through a flat-rate subscription service, but in its first few months was likely to be free. She said Amicable Apps was currently being self-funded by her and Ms Wilson, but after the first phase they would seek external investment.

She said that, in its first stages, the app was likely to appeal to couples with a more amicable attitude.

“Part of our vision is to change the way people view divorce, and make it more of a norm for it to be amicable.”

Legal Futures revealed at the end of last year that Relate is to launch the first online dispute resolution system for divorcing and separating couples in the UK this spring.