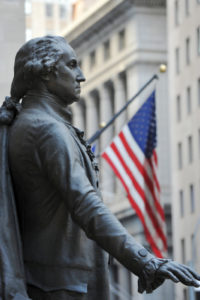 The evidence to date has not backed up the critics of alternative business structures (ABSs), the American Bar Association (ABA) has said as it announced it is to revisit the merits of allowing them just three years after its last investigation kept the door firmly closed.

ABA Commission on the Future of Legal Services has published an ‘issues’ paper on ABSs in recognition that there have been “many developments” since a previous commission in 2013 decided not to recommend any change to the current policy banning non-lawyer ownership of law firms.

The US’s federal structure means that each state’s highest court regulates their profession, rendering ABA policy as only persuasive. Limited forms of non-lawyer ownership are allowed In Washington DC and Washington state.

Noting the growth in forms of non-lawyer ownership elsewhere in the world, the paper said empirical research in England and Wales, and Australia proved “helpful” in addressing the criticisms levelled at ABSs.

“There is currently no evidence that the introduction of ABS has resulted in a deterioration of the legal profession’s ‘core values’,” it said, adding: “Of course, these findings in England and Australia do not necessarily prove that ABS is not a threat to the legal profession’s core values, but the evidence is nevertheless useful. In sum, the commission found no studies indicating the erosion of core values or harm to clients in jurisdictions that permit ABS.”

The paper said that the US experience with in-house counsel also supported this conclusion – although the relationship between in-house lawyers and their employer “in some circumstances arguably poses the same threat as ABS to the lawyer’s exercise of independent professional judgment… the practice of lawyers working in-house is not only well accepted but in-house counsel time and time again have demonstrated their ability to exercise independent professional judgment”.

“The question is whether ABS would pose a greater threat to the professional independence of lawyers than ‘those that currently exist in the everyday practices of lawyers in law firms, corporate law departments, government agencies, and nonprofit organizations’.”

It also noted that ABS in England and Wales “has increased funding for innovation… While it may be too early to say whether this investment has improved access to justice, the available evidence demonstrates that a diverse group of firms have organised as ABS”.

The commission is seeking comments by 2 May before deciding whether to proceed with recommendations to change the ABA’s policy.