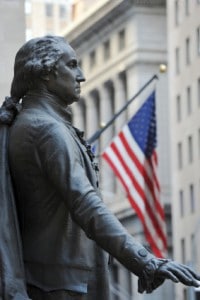 America: case not made out for proceeding with proposal

The American Bar Association (ABA) has dropped plans for any changes to its policy prohibiting the non-lawyer ownership of law firms.

Having rejected more radical ideas such as English-style alternative business structures, the ABA’s Commission on Ethics 20/20 had proposed a form of legal disciplinary practice.

However, in a statement co-chairs Jamie Gorelick and Michael Traynor said that after extensive consultation, “the case had not been made for proceeding” with the reform.

The commission said it will, however, continue to consider “how to provide practical guidance about choice of law problems that are arising because some jurisdictions, including the District of Columbia [the only state where limited non-lawyer ownership is allowed] and a growing number of foreign jurisdictions, permit non-lawyer ownership of law firms… These are current problems that need pragmatic attention.”

The issue still remains live in parts of the US, however, with the New York City Bar Association recently sending a delegation to London to discover more about the Legal Services Act reforms.

The plans to open up ownership were strongly opposed recently by a group of nine leading general counsel in the US, who argued that it would damage lawyers’ professionalism.

They said the proposal “opens the door to arrangements that make the practice of law more like other businesses and less like the distinct profession it has always been”.

Their letter to the commission provoked a response in the UK from Karl Chapman, chief executive of new legal business Riverview Law, who said he originally thought it was a spoof – such was his surprise at the views expressed – and then predicted that it could in time prove to be a “watershed moment”.

He said: “In 10 years, commentators will look back and draw connections between alternative business structures, entrants to the legal sector, changing customer demand, lawyer complacency, and this (by then) infamous letter, and identify 2012 as the year the market really started to change.

“The nine GCs have unwittingly played as significant a part in escalating this change as law firms do by publishing their profit-per-equity partner figures, thus demonstrating to clients the excess profits they make.”

He said that if he were the chief executive of any of the companies involved, “my first question would be, ‘Tell me, what were you thinking when you signed this letter?’, and my final observation would be, ‘I’ve asked the chief financial officer to conduct a review of our in-house and third-party legal spend over the last three years’.”