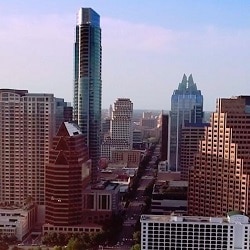 The American Bar Association (ABA) yesterday encouraged states to consider “innovative approaches to the access to justice crisis” but made clear it was not recommending alternative business structures (ABSs).

A resolution before the biannual meeting of its ruling House of Delegates in Austin, Texas had prompted opposition because it appeared to endorse ABSs, which are viewed with hostility by many US lawyers.

State bar associations from Ohio, New Jersey, Illinois, Pennsylvania and Delaware were among those to express opposition to the resolution in the run-up to the meeting.

America’s federal system means that each state has its own rules on lawyer regulation, although the ABA promulgates model rules which many take up.

The resolution passed after it was amended to state that it should not be construed as “recommending any changes to any of the ABA model rules of professional conduct… as they relate to non-lawyer ownership of law firms, the unauthorised practice of law (UPL), or any other subject”.

A report from the ABA Centre for Innovation, which accompanied the resolution, highlighted the “access to justice crisis” in the US, with affordable legal services increasingly out of reach of ordinary Americans, and said “traditional solutions to fixing [it] are not enough”.

Pro bono and more funding for civil legal aid “have met with some modest success, but they have not come close to fixing the problems that exist”, it said. “In fact, the problems are becoming more severe.

“The legal profession cannot solve these problems alone. The public needs innovative models for delivering competent legal services, and such models require the knowledge and expertise of other kinds of professionals, such as technologists and experts in the design of efficient and user-friendly services.

“The existing regulatory structure for the legal profession, however, increasingly acts as a barrier to the involvement of other professionals, both within and outside of law firms.”

The three specific reforms the report cited were authorising new categories of legal services providers – essentially paralegals trained for specific tasks – “experimenting” with variations to the ABA model rule that prohibits lawyers from partnering and sharing fees with non-lawyers, and “new approaches” to UPL.

The report cited comments last year from US Supreme Court justice Neil Gorsuch, who wrote approvingly of ABSs and highlighted how the current US regime limited access to legal services.

He wrote: “While consumers may obtain basic medical and accounting services cheaply and conveniently in and thanks to (say) Walmart, they can’t secure similar assistance with a will or a landlord-tenant problem.

“With a restricted capital base (limited to equity and debt of individual partners), the output of legal services is restricted and the price raised above competitive levels.”

The resolution noted that several states are now investigating ABSs – as we reported earlier this month, Washington DC is looking to press ahead with them – and said the ABA should “play a leadership role by adopting policies that encourage more state-based regulatory innovations, collecting and analysing the data from those innovations, and using the resulting data to shape future reform efforts, including appropriate changes to or adoption of new ABA model rules and policies”.

The resolution passed by the House of Delegates encourages states “to collect and assess data regarding regulatory innovations both before and after their adoption to ensure that changes are effective in increasing access to legal services and are in the interest of clients and the public”.