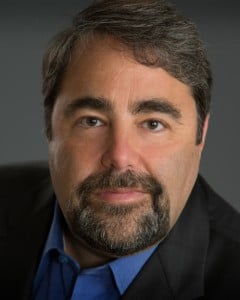 The largest consumer law firm in the US is set to mount a bid to build a trusted national legal brand in the UK, potentially recruiting thousands of lawyers and with a global marketing budget of tens of millions of dollars.

Speaking at the Legal Futures 2020 vision conference in London yesterday, Jacoby & Meyers’ (J&M) newly-appointed general counsel and managing attorney, Gabe Miller, said he had convinced his colleagues to put up the necessary capital “to promote the brand and then deliver on it”.

J&M announced its intention to enter the UK in August. Mr Miller, who has a business background, said it would be a complete consumer law offering, also with services for small businesses, provided through both physical and virtual offices. “The plans are ambitious,” he said. “We’re looking at adding not hundreds of lawyers but thousands of lawyers.”

J&M unveiled big expansion plans in the US last month, involving direct recruitment under the J&M brand and associations with firms which would practice under a dual brand.

Asked about J&M’s interest in the UK, he highlighted the size of the UK legal market in Europe and the common language.

Moving quickly was critical, he added: “I feel that this is a race… we feel a tremendous amount of pressure to move quickly because the opportunity is now.”

He continued: “There is a reason why Google is backing Rocket Lawyer… why Legal Zoom has had the amount of capital input that it has… as well as all the legal process outsourcers that are out there and building businesses around the edges of our industry.

“[These are] smart guys with deep pockets. These guys are going to find a way into our industry.”

Although he would not be drawn on the exact marketing budget, Mr Miller explained he had persuaded his colleagues at J&M “to look at this as they would any other industry”.

To give “an order of magnitude” of the firm’s investment in growing the brand, he drew a parallel with what a health products company would spend “to roll out a new shampoo”. This would be “$40m [£25m] or $50m as a minimum, so that will give you a sense of the type of capital that will be necessary”.

In the US, the nationwide expansion would be partly via recruitment, but “the far greater number of lawyers… could be ones in which the J&M office is co-located with theirs”. This would involve firms retaining their brand identity but also become part of the J&M network and giving its brand a prominent billing.

He admitted it was “a daunting task” and that “it’s not a given that we are going to succeed”. But he said “the good news is for us it is not a standing start”.

Mr Miller, a former commercial litigator, has form in the building of law firms. As general counsel of Massachusetts law firm Sokolove Law he took it to a national firm with offices across the US. He also helped build d50 Media, a Sokolove Law spin-off which is an ‘acquisition marketing agency’, specialising in advertising campaigns across various industries.

He said that when he was approached to run J&M he had been convinced of the firm’s potential in part because it had “a 40-year history and 40 years’ worth of clients and brand awareness that has [already] been built in the United States”.

J&M has 130 offices across the US and the firm bills itself “America’s most familiar lawyers”. It began in California in 1972, later becoming the largest full-service consumer law firm in the country. It owns the website personalinjury.com.

The firm has recently expanded its offering to include small business and do-it-yourself components, Mr Miller said. The full range of legal services would be provided in “traditional bricks and mortar offices” and via virtual offices through “the equivalent of Skype or some other way”.

When the firm’s US recruitment plans were announced in October, Mr Miller said: “This expansion is an important step in our mission to make high-quality legal services more accessible and more affordable for consumers and small business owners throughout the United States and beyond.”

Len Jacoby, J&M’s founding partner, added: “With 40 years’ experience, [J&M] is the most prominent and advertised law firm in American history. This programme will allow attorneys nationwide to benefit from that significant brand equity and to leverage [J&M’s] investment, not only in the brand, but also in our national infrastructure, technology, back office capabilities, and world-class management team.”