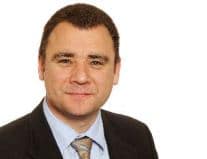 Gahan: consolidation “working for us, not against us”

Fast-growing HCB Solicitors and Chartered Accountants has announced the purchase of three more law firms this week as it closes in on its ambition to have national coverage.

The acquisition of two firms in Luton and one in Manchester takes its national tally of offices to 26 and staff to around 350. Its tagline is ‘Local branches – National firm’.

HCB chief executive Mike Gahan told Legal Futures that he had just bought a third law firm in Manchester, which would be formally announced next week.

Mr Gahan said HCB was aimed particularly at “owner-managed businesses” who “want quality locally rather than a high street practice which has not got the breadth and depth”.

He went on: “We’re not scared of consolidation, we welcome it, given that we’ve bought 18 firms in the last five years. It’s working for us, not against us.

“We’ve retained virtually all the partners in the firms we’ve bought. Anyone who wants an exit strategy or is concerned about consolidation – give me a call.”

Mr Gahan said HCB’s ultimate plan was a “national chain” and the latest acquisitions meant that the firm’s coverage was “nearly national”. He predicted that, with six acquisitions a year, national coverage would be achieved in a “couple of years”.

The chief executive went on: “It might at some stage make sense to go to an ABS to simplify the structure we have at the moment, but there’s no requirement for external capital – we’re virtually debt free.”

General practice Stephens Wheeler Cooke & Sons had four partners and fellow Luton firm Barnard & Tomlin had two. The terms of the purchases have not been disclosed. The third acqusition, an as-yet unnamed firm in Manchester, has four partners and around 20 staff.